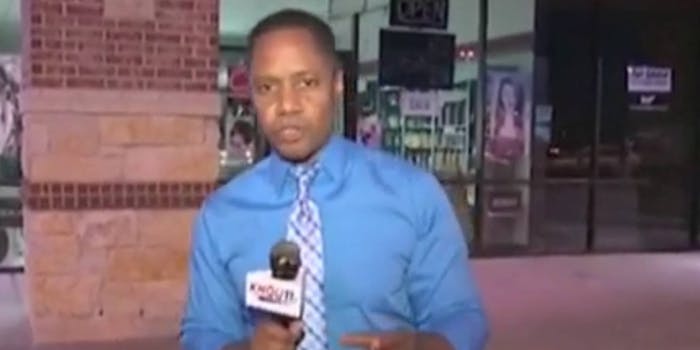 This is what happens when a viral story goes wrong.

Last month, a story circulated about a Texas woman leaving her two children in a hot car in the middle of a 90-degree day, so she could go get a haircut. Temperatures rose fast and a passerby had to break the car’s windows in order to save the kids. The mother, the story goes, then pleaded with her kids’ rescuers to not call the cops.

Houston station KHOU 11 picked up the story. It went viral on Facebook and hit major websites like the Huffington Post shortly thereafter. Within hours, Nancy Grace called the woman, Araceli Cisneros, an “unfit” mother. The story had all the right ingredients: a terrifying warning to parents and a heroic ending.

The only problem is, the story isn’t true. Cisneros is now suing the station for $200,000 in damages.

It turns out the mother wasn’t leaving her kids for dead. Instead, she’d accidentally locked her keys in the car, the Houston Chronicle reported, and asked for help to smash the windows and save the kids. The mother says the false narrative left her fearing “vigilantes might take action against her.”

KHOU published the original story based on a cellphone video and word from one witness—despite the fact that Cisneros can be seen asking for help in the video. A day later, the station changed the story on their website, when new facts came in.

H/T The Blaze | Screengrab via KHOU