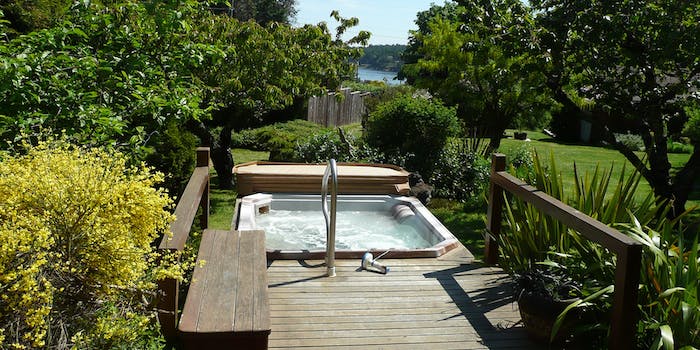 Yet another lesson in "what not to Snapchat."

One Missouri woman was arrested after taking a Snapchat photo while topless with her 14-year-old daughter.

The photo was taken last month in front of an outdoor hot tub at their home in Wentzville by the teen’s younger sister, and according to a probable cause statement filed by the Wentzville Police Department, the two “were covering their nipples in the picture.”

The woman is not being identified to protect the identities of her children.

Once the photo was sent through Snapchat, someone took a screenshot and the photo was circulated around multiple high schools in the area. The photo’s spread has reportedly brought ridicule to the woman’s son, who attends one of the schools.

“The issue here is the fact the daughter was 14 and the mother was clearly present and involved when the photo was taken,” Lohmar told KMOV.

The mother involved is speaking out and denied that the photo was intentional.

“I was aware the photo was being taken, and I told her at that second, please delete that photo,” she said.

The mother was charged with misdemeanor child endangerment. If convicted, she faces probation or up to a year in prison.

Sometimes, it’s better to just be a regular mom.