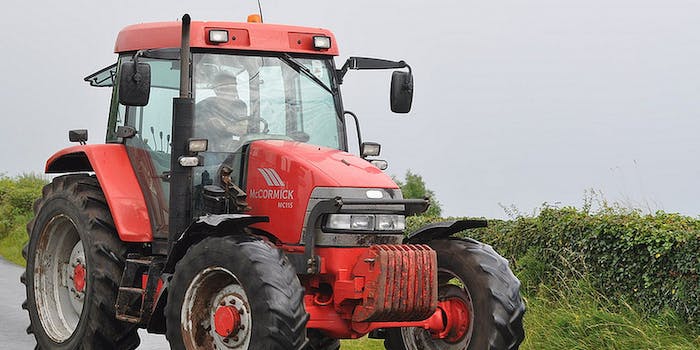 The Internet’s most vulgar meme is even better in Ireland

These six little words are becoming a global phenomenon.

Surely it was just a matter of time: The “fuck her right in the pussy” meme has officially made it across the pond, interrupting an Irish broadcast as it continues to spread worldwide.

Although the vulgar phrase has its origins in hoax videos staged and designed to go viral, it has apparently taken on a life of its own over the summer, with Florida State quarterback Jameis Winston reportedly yelling it in a public campus space just a few days ago.

Now you can hear the infamous words shrieked in an Irish accent. Some troll grabbed the mic from a radio correspondent covering the National Ploughing Championships in Laois—a huge agricultural show with some competitive farming—and achieved instant immortality.


When will “fuck her right in the pussy” stop being funny? Well, that sort of assumes it ever was.