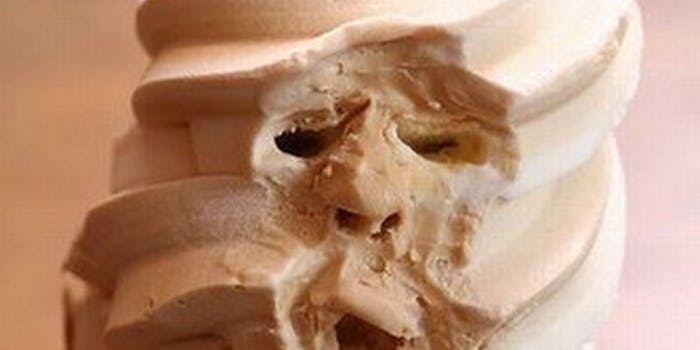 The most horrifying Wikipedia articles ever

These Wikipedia articles should not be read by people with heart trouble, pregnant women, or ... well, anyone really. Do not click this link.

Wikipedia can be a helpful educational tool. It can also be the stuff of nightmares

With its mission to empower people by disseminating knowledge worldwide, no subject is censored or off limits. This mission is unwavering even when it comes to topics so disturbing or taboo, you might not want to browse them during lunch.

Today, redditors made it their job to spotlight some of Wikipedia’s most horrifying articles. Likewise, the Daily Dot made it our job to briefly uncurl from our fetal positions and share five of these disturbing articles with you. If you don’t get the willies by the end of the list, your fortitude is noted and admired.

Each of the following links are NSFL:

This covert research unit of the Imperial Japanese Army represents the worst case scenario for wartime atrocities. During the ‘30s and ‘40s, prisoners of war were subjected to lethal human experimentation, most notably live vivisection without anesthesia.

The torturous experiments, which included infecting victims in order to watch them die, and amputating and reattaching various limbs to different parts of the body, were responsible for nearly 600,000 deaths.

“This is what scares me most about the possibility of war,” River_Jones wrote. “The most basic of morals are thrown out the window in the search for the best way to kill the other guy, and to top it all off, it’s brushed under the carpet like it never even happened.”

There are a lot of articles about serial killers on Wikipedia, but the story of this turn-of-the-century child rapist and cannibal stands alone. A mentally ill man who enjoyed self-harm, Fish’s M.O. was to torture and mutilate children before he killed them.

Fish picked children, mentally-handicapped people, or minorities as his victims because he assumed they would not be missed. As his number of victims grew closer to 100, Fish got more daring. After murdering and then eating a little girl, he wrote a letter to her parents about how good her flesh tasted. He was completely absent of remorse.

This article is more creepy than gag inducing. In 1959, nine ski-hikers were found dead in the Ural mountains. From there it gets weird: most of the skiers were nearly nude. They were severely injured—with one woman missing her tongue—but with no signs of a struggle. To top it all off, the article notes that trace amounts of radiation were found on all of the bodies.

According to the article, many theories blame paranormal activity for the skiers’ deaths. But redditors had a few theories of their own.

“The fact that they were radioactive etc. definitely suggests that they were killed by something man-made,” nicereddy wrote. “That’s really scary to say the least.”

As a break from horrific deaths, this article details a severe birth defect. A skin defect that results in limited movement and debilitating deformities, the condition was fatal until recently. The oldest living sufferer is 15 years old.

“Read this, thought ‘Then it can’t be that bad,” DOBBYISDEAD wrote. “Googled it. Not for those tempted: IT’S WORSE.”

This is the article that inspired the thread. After reading the disturbing details of this article, wontstoptalking asked other redditors to weigh in with their own.

In this incident, described by Time magazine as one of the world’s worst nuclear disasters, scavenging thieves stole an old radiotherapy source from an abandoned hospital. Even as the thieves began to experience severe symptoms of radiation, they continued to dismantle and sell off pieces of the source. In the end, 4 people died, 250 were contaminated, and 130,000 were suspected of contamination.

“god, I get the chills just thinking of it,” wontstoptalking wrote. “This could honestly keep me up at night.”