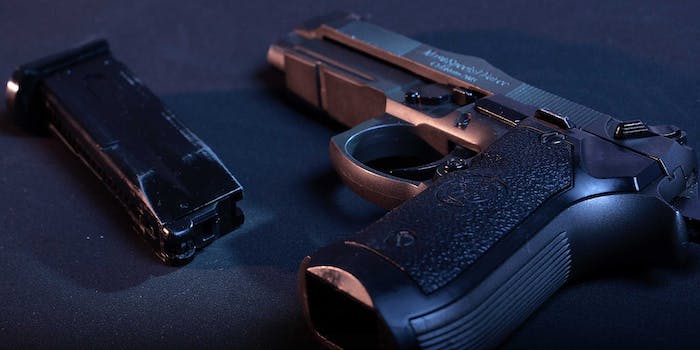 This story will encourage parents everywhere to snoop on their teenagers' Facebook profiles.

A mother in Salt Lake City, Utah who checked on her teenage son’s Facebook page found an alleged plot to shoot and kill the boy, cops said.

Two other teenagers, age 16 and 17, wrote that they were planning on shooting her son. The threats were written in public view on the boy’s Facebook wall but no one notified the police until the mother saw them sometime after they were posted.

“She had actually read threats and seen the threat on his Facebook page,” Salt Lake police detective Greg Wilking told Deseret News. “There were very specific threats that they were going to go the high school and shoot her son.”

The boys who made the threats also posted pictures of a gun on Instagram, police said, and “there were letters written on the hand that was holding the gun, and those letters were gang affiliated.”

After the mother contacted police, two Salt Lake City cops searched the area around West High, where the teen who was threatened attends school, and found the two teens who wrote on his wall parked nearby. The police say they found a loaded gun, money, marijuana, and a large bong in the car. The suspects do not attend West High.