Probably just don't let them on the Internet at all, in that case?

Helicopter parenting is so passé. You know what’s in right now? Parenting other people’s kids, via social media. Just ask Kimberly Hall, director of women’s ministry at All Saints PCA in Austin, Texas, who wrote a helpful blog post scolding all the vain teenage floozies who are tempting her three perfect (but boner-addled) sons with their epidermises.

The post, titled “FYI (if you’re a teenage girl),” quickly spread beyond Hall’s normally small audience, racking up more than 600 mostly positive comments from parents, teens, and other moralizing types. In it, she patiently explains that if you “are friends with a Hall boy on Facebook or Instagram or Twitter, then you are friends with the whole Hall family,” which gives them license to judge you at length for the fact of your pubescence.

“I have some information that might interest you,” Hall wrote, leading off with a rather dubious assumption. “Last night, as we sometimes do, our family sat around the dining room table and looked through the summer’s social media photos.” Nope, not interested—except in how your kids are able to endure such group activity without wanting to drown themselves in bleach.

But all is not well in the Hall household when a flicker of sexual self-actualization flits across their screens. Mom has pinpointed a very specific kind of photo that does not meet her standards of decency. A photo of a girl—a girl who is… dare we say it… attempting to appear attractive.

For one, it appears that you are not wearing a bra. I get it—you’re in your room, so you’re heading to bed, right? But then I can’t help but notice the red carpet pose, the extra-arched back, and the sultry pout. What’s up? None of these positions is one I naturally assume before sleep, this I know.

And now—big bummer—we have to block your posts. Because, the reason we have these (sometimes awkward) family conversations around the table is that we care about our sons, just as we know your parents care about you.

In case you didn’t pick up on it, the subtext of that last sentence was: “We know your parents don’t care about you at all, otherwise they’d be monitoring your online presence 24/7 and forcing you to repress your new hormonal urges until your pituitary gland explodes.” And really, why stop there? Should girls even be allowed to have breasts? They’re probably the reason national standardized test scores keep slipping.

The crowning glory of the whole disastrous lecture, though, was that Hall saw fit to illustrate her argument with a photo of her four children, to show how happy and well-adjusted and not-sexually-active they are. This would have been your standard mommy-blog bragging, except the boys were all shirtless and flexing their muscles on the beach. 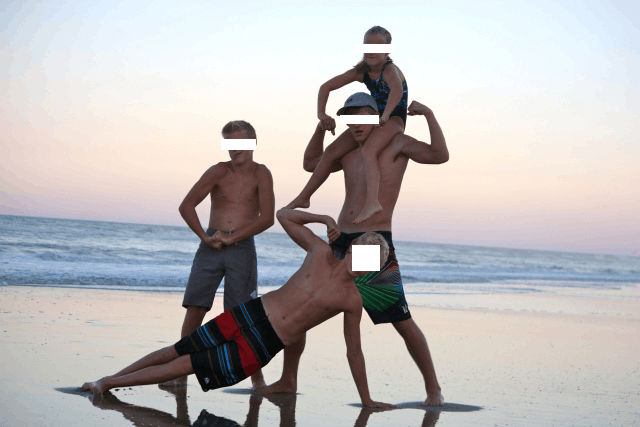 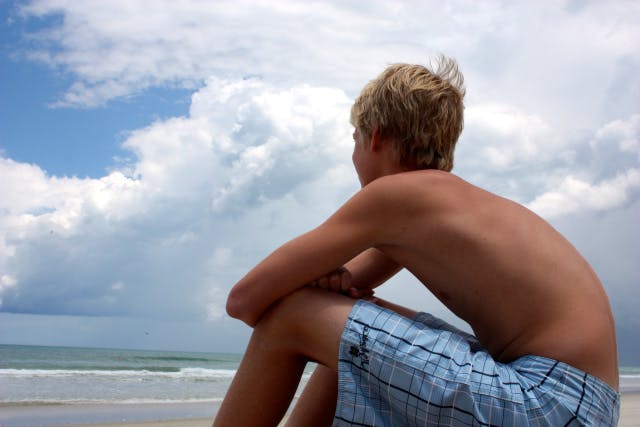 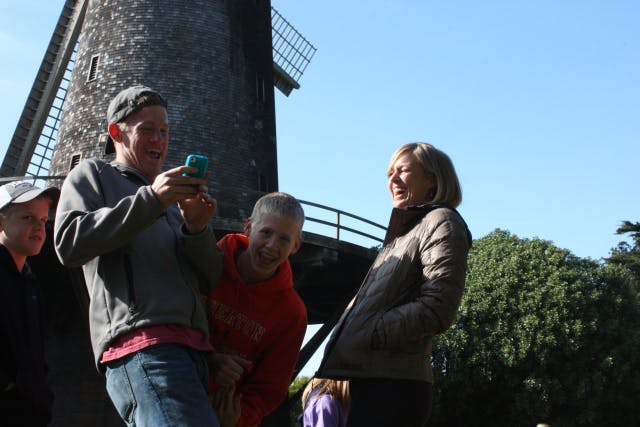 If there’s a silver lining to Hall’s smugness, it’s that she’s inspired thoughtful, incisive replies. In addition to Wakeman’s “Slutshaming Social Media Mom Kim Hall Needs to Learn Some Appropriate Boundaries With Her Kids,” we also got a post titled “FYI (If You’re a Teenage Boy),” which flipped the gender equation to point out Hall’s endemic brand hypocrisy, as well as “FYI: An Open Letter to Teenage Girls Who Don’t Always Wear a Bra,” a touching meditation on how girls needn’t fear their own sexuality.

After all, if the worst thing that happens is the Halls don’t speak to you anymore, there’s only one appropriate reaction: “Thank God.”

Photo via Given Breath