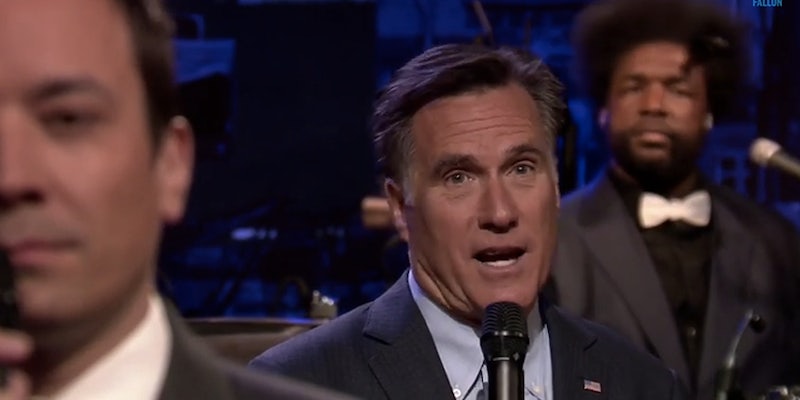 Since his defeat in 2012, former Massachusetts governor and Republican presidential candidate Mitt Romney has been best known as that guy whose name Stephen Colbert can’t remember.

But lately, he’s been trying to change that. Last week, he was caught on video dancing to Gangnam Style at a Mormon youth conference, and Friday night, he helped Jimmy Fallon and Questlove slow jam a preview of the State of the Union Address.

Romney the late night guest showed more of a sense of humor than Romney the politician ever did, intentionally deadpanning his lines and proving he can actually laugh at himself.

“Jimmy, I’m not running again,” Romney told Fallon. “There are a lot of great candidates for 2016 and I’ll be supporting the Republican nominee 100 percent.”