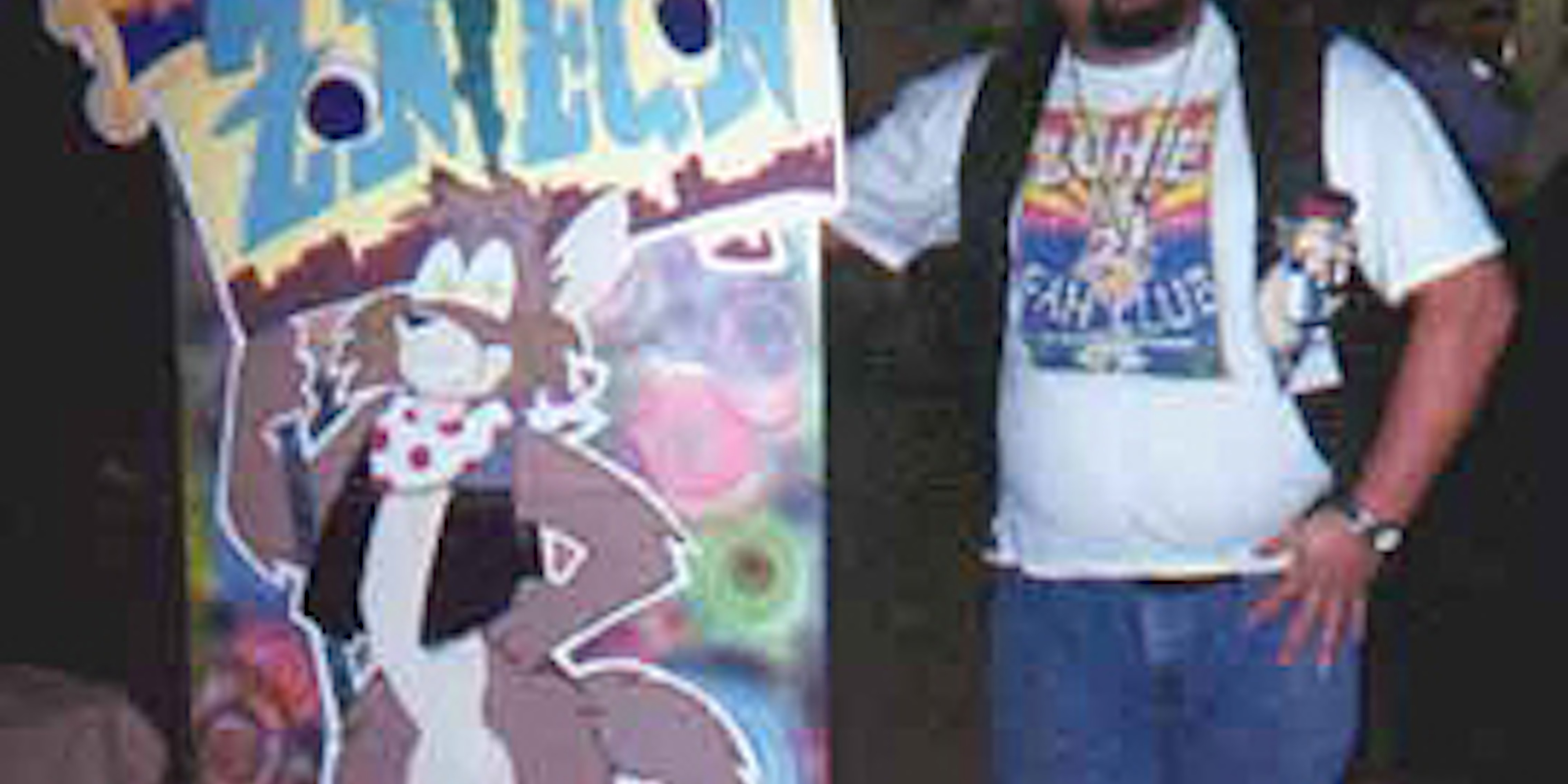 The arrest certainly won't help furry fandom—the practice of assuming a personality with both human and animal traits—shake its notorious reputation.

A well-known member of furry fandom was arrested last week for sexual exploitation of a minor after Tucson, Ariz., police seized thousands of images of child pornography from his home.

Mitchell Beiro—a noted furry artist, foamcore painter, and convention guest—is a member of a local group of Tucson furries known as the “Tucson Mob.” He was arrested as part of an ongoing investigation that began last December by the Tucson Police Department’s Internet Crimes Against Children Unit into online peer-to-peer file-sharing of child pornography. Beiro was held in jail on 15 counts of sexual exploitation of a minor. Bail was set at $7,000.

Furry fandom, the practice of assuming a personality with both human and animal traits, has long been notorious for the “freaky” or “weird” exploits of its denizens, who bond over their love for fictional animorphic characters and other famous fictional animals. A 2001 Vanity Fair article described one furry convention as a literal freak show:

[T]hree men known as Pack Rat, Rob Fox, and Zen Wolph are scratching one another’s backs—grooming one another, like macaques in a zoo. ‘Skritching,’ they call it. I am tempted to turn around and run.

Subsets of furry fandom are definitely ripe for controversy, with “plushies” (people with a fondness for stuffed animals), babyfurs (people who enjoy role-playing as young animals or children), and “lifestylers” (people who try to live the furry lifestyle, in whatever fashion that means for them) often facing ridicule for their habits, hobbies, and fashion sense.

More seriously, with its numerous links to zoophilia (attraction to animals or depictions of animals), furry fandom is frequently accused of harboring pedophiles and bestiality. There’s probably no real way to calculate how many actual deviants lurk within furry fandom, but some furries at sites like Vivisector police their own communities and publicize the criminal behavior of members of the furry community when they spot it.

On furry news site Flayrah’s announcement of Beiro’s arrest, Freaky Lynx responded with indignation to a suggestion that the Furry fandom could be a breeding ground for illegal behavior:

So if someone calls himself/herself a furry and does something heinous, we’re all supposed to bear the brunt of their actions when the rules about who is a furry is squishy and the rest of us had nothing to do with said actions?..[L]et’s not go crazy with the bad and forget the good.

Still others questioned whether Beiro’s arrest would lead to a conviction, since the news report issued by the Tucson police did not clarify whether the files in his possession were of representative artwork (which is rarely brought to trial) or real photographs.

Tucson police stated they had linked Beiro to an unreported case of child molestation in California and urged any other victims to come forward.

Photo via the White Werewolf/Webring