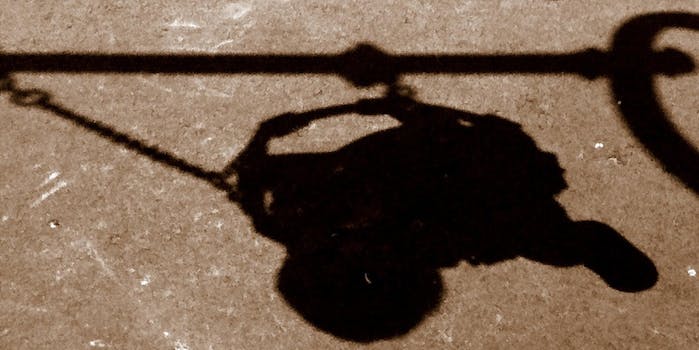 The good news: There's no child missing. The bad news: People thought it was OK to create a fake missing child.

A kidnapped child. A race against time. Frantic, desperate parents. Divers dredging a lake, looking for the boy’s body.

It sounds like a nightmare, but in reality, this abduction was little more than a hoax; it could have been a particularly twisty episode of Catfish. In France, a search for a missing child was disbanded after police discovered the child did not exist.

A woman claiming to be the great-aunt of Chayson Basinio, a 2-year-old from Moulins, France, reported the child had gone missing from a supermarket the previous week. Police used Facebook pictures of Basinio and his supposed father, 20-year-old Rayane Basinio, to assist in their investigation. That investigation is now complicated by the prosecutor’s belief that neither the missing child nor his parents are real. “It [the inquiry] was long and complicated but we can now say that the young Chayson has never existed and nor have his father or mother,” Prosecutor Eric Mazaud told the Guardian.

Two Facebook profiles for the fictitious Rayane Basinio are still up on Facebook, both with public pictures of Basinio holding a child. One was posted in January of this year, another from November 2013, so this hoax appears to have been in the works for at least a few months, possibly longer.

Police said the woman who reported the child missing was in custody, along with her teenage niece and nephew, who appear to have concocted an entire fictitious Facebook family.

“Sadly, this is a very modern-day story. Someone decided to create false Facebook accounts and took pictures from real accounts to feed the false accounts and make these people seem real,” Mazaud explained, although he noted they have not established a motive.