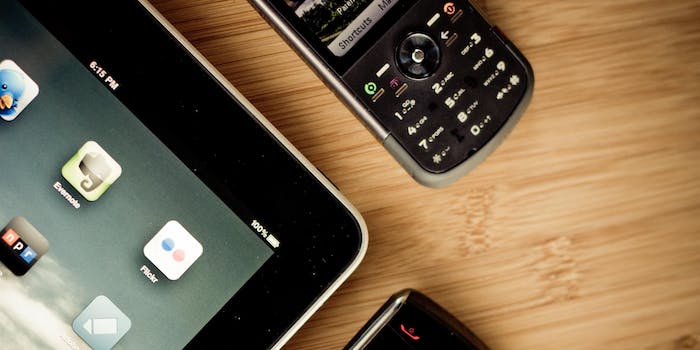 The 13-year-old was hidden behind a wall in the house.

Today, a mother was reunited with her son four years after he was reported missing.

The details leading up to the reunion are even more heartbreaking. Four years ago, the young boy, whose name has not been released yet, was reported missing by his biological mother, who lives in Florida, to child welfare authorities.

Late Friday evening, police, acting on a tip, were called to the Jonesboro, Ga., home of the boy’s father and stepmother for a welfare check. The residents of the home claimed they didn’t know who the boy was. That same night, a second visit to the residence revealed the boy was hiding behind a “false wall” near the garage.

According to NBC News, the boy used a smartphone to track down and contact his sister online. She then told her mother where he might be, and the mother contacted the police. WSBTV reported the boy told authorities he was able to contact his mother via a smartphone app, but did not say which one.

Missing boy is reunited with his mom after being hidden in a false wall for last 4 years #11Alive pic.twitter.com/OqowB5AlQf

The boy’s father allegedly refused to return his son after a visit in 2010. Five people in the home—the father, stepmother, and three juveniles—were arrested and charged with obstruction and false imprisonment. Police are requesting a warrant to search the property.