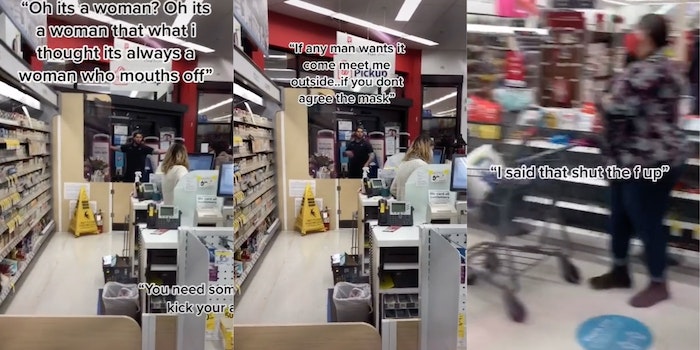 Video: Misogynist anti-masker melts down when woman tells him to ‘shut the f*ck up’

'He's trying to fight random people bc he has to put on a mask?'

In a trending TikTok video, a misogynist anti-masker has an in-store meltdown at a California Walgreens when a woman tells him to “shut the fuck up.”