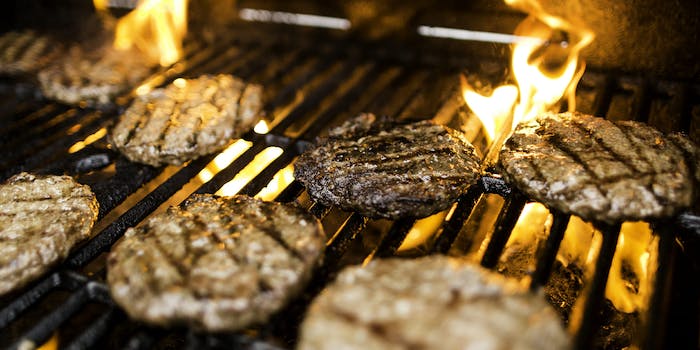 This is not how economics works at all.

Matt is not a fan of the fight for $15, a national push to raise the minimum wage to $15 an hour.

Why does Matt feel that way?

He’s concerned. Concerned about the cost of burgers.

If, Matt says, you increase the wages people are paid, the cost of the goods will rise.

But Matt is also very incorrect.

Here’s a rhetorical question not related to the minimum wage: What’s the sound of 10,000 Twitter dunks happening simultaneously?

Everyone knows burger places only sell 1 burger per hour. https://t.co/b9AIgRmG3p

I too am a big fan of just saying random collections of words and acting very matter of fact about them. https://t.co/cna6uZR3rr

Is that why it cost me $7 million to see Guardians of the Galaxy 2? https://t.co/fJWL7j1ibl

It takes over an hour to make exactly one hamburger. And they can only make one at a time https://t.co/BylN1YMhFz

That’s not how anything works.

Much like everyone who has been owned, Matt denied he’d been owned.

How do you arrive at the conclusion that the Tweet implied it takes an hour to cook a burger ?!?! My gosh…

But he had been owned.