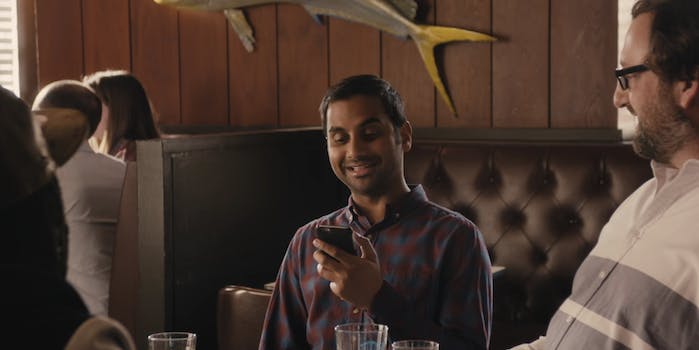 Mindy Kaling burn about TV tropes predicted ‘Master of None’

Her prediction was spot-on.

By now you’ve probably heard that Master of None is terrific. The Netflix original, starring Aziz Ansari, has pleased critics and content streamers alike as offbeat, original, and tender.

But is it as original as the hype would have you believe?

Comedian and YouTuber Akilah Hughes recently made a startling discovery that could upend everything we thought we knew about the charming series.

That’s right. Mindy Kaling predicted a series with the exact same premise and pilot in her book Why Not Me? The essay in which this excerpt can be found was also published in the New Yorker in August as part of a piece titled “Coming This Fall.”

Hughes told the Daily Dot that her tweet wasn’t meant as a barb against the series: “I liked ‘Master of None,’” she clarified. “It just fit the trope in Mindy Kaling’s book so directly that I couldn’t not post about it. The chapter in Why Not Me? about tropes is spot-on about a lot of shows, but I was floored when I read that one.’

We are, too! She really nailed the description. Right down to the birthday, the bouncy house, and the kids stuff.

She didn’t, for the record, address the hit show’s thoughtful portrayal of gender, race, and adult-parent relations. But wow did she nail that pilot!

Screengrab via Netflix US & Canada/Youtube