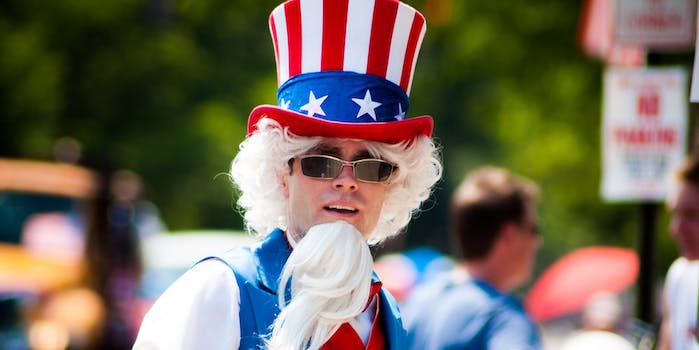 One group you won't see very many of at the polls: Millennials

It’s midterm election season again and it’s hard to escape political talk, as much as we’d like to avoid it. Whether or not you’re the kind of person who regularly seeks out political discourse, you’re likely inundated with campaign ads on television, radio, or even promoted into your Twitter timeline. I once put my name and email on a list at a Barack Obama campaign event in 2008, and I’m not sure I’ve gone a whole day since without some sort of email from the Democratic party asking me to knock on doors or donate money (overwhelmingly the latter). Politics are everywhere we turn.

In the Internet age with information and opinions at our fingertips, combined with the incessant 24-hour television news cycle, American politics becomes part of our pop culture. If a story gets enough exposure, its power in pop culture becomes as big a presence on social media as everyone’s weekly live-tweeting of Scandal. Everyone has a political opinion on Twitter, even if that opinion is “I don’t care” (which still counts as political commentary). A Twitter survey conducted earlier this year showed that 53 percent of millennials use the social media platform to tweet about current events. So why do millennials get enthusiastic about engaging in political discussion on social media, but not so enthused about expressing their views in the voting booth, with less than one in four showing up on voting day?

Millennials are a generation of self-expression. We not only grew up with the Internet and its infinite outlets of opinions and news resources at the click of a button, but we also grew up with 24-hour news channels where we are exposed to endless political debate and analysis and, more importantly, spin. We are flooded with information everywhere we look as well as a cornucopia of opinions continually shaping our world views. We’ve spent our lives on social media where we are able to express an opinion in just a few seconds from the phones in our pockets.

Voting is all too often viewed as an ineffective form of expression by Millennials. In a sea of millions of votes, it’s hard to feel like your solitary ballot really means that your voice is heard. Millennials may be prioritizing forms of expression; if someone tweets their opinion on an issue and it is seen by multiple Twitter users and shared, does that mean that the tweet was able to exact more change than that one vote?

Compared to older generations, millennials perhaps take the power of voting for granted. We’re now almost 100 years away from the women’s suffrage movement and with that much water under the bridge, it’s easy for us to feel like women could always vote. The Voting Rights Act of 1965, although partially struck down in 2013, is almost 50 years old.

More recently, and most pertinent to age-related voting rights, the 26th Amendment moved the voting age from 21 to 18 in response to Vietnam War protestors who found it unfair to not be old enough to vote for the officials who could send them off to war. We learned about these things in school, but that does not always mean that we really connect the dots that not so long ago, every American citizen didn’t have the same voting rights. Only with the recent dawn of new voter ID laws, many of which are considered to be in an effort to discriminate against minority and young voters, are we finally seeing millennial voting rights threatened.

Voting can be viewed as pretty inconvenient. Many states offer early and absentee voting, which is very convenient for students away at college, but absentee voting doesn’t always have the best reputation. Imagine an underemployed Millennial working a low-paying hourly office job and a second job as a waiter/waitress in the evening. The overwhelming majority of American elections are held on Tuesdays. Americans working a regular weekday schedule are forced to make time for voting, interrupting what often is an already very busy daily routine.

In my home state of Kentucky, polls are open from six am until six in the evening. Hypothetically, if I had a job working 9am to 6pm, I’d have to vote sometime in the morning. Assuming it takes me 90 minutes to get ready in the morning (showering, getting dressed, eating breakfast, taking the dog out) and 30 minutes to commute to work, that leaves me a one-hour window in the morning to vote. If there is a line that’s going to make me stay at the polls longer than that hour, then I’m either going to have to hop out of line and not vote, or I’ll have to miss some of my work day. If I were living paycheck to paycheck on an hourly wage, that would be money out of my wages just to vote.

That scenario becomes even more acute if I had children or a second job. Many states have laws requiring employers to offer employees leave time for voting, but this is not nationwide and many states offer the time without guaranteeing that time to be paid.

In a world where the situation above were a reality and I were of the opinion that one person in a voting booth exacts little or no effective change on American policy, I’m not going to feel very compelled to make my busy routine even busier by trying to squeeze in a trip to polls. In a world where everything is digital, fast-moving, and easily connected, the voting booth feels like an archaic institution as out of touch as the politicians on the ballot.

Millennials find themselves in a catch-22 of political engagement; we feel left out of the political discourse, while all the money and focus goes to issues affecting groups who get out and vote. We see candidates and elected officials who do not focus on our issues. Many of us will roll our eyes and cast our ballots anyway, but many Millennials will still feel like they are in a no-win situation. Voting doesn’t feel like it’s for us and that probably will not significantly change until elected officials finally start listening.

I had a teacher in high school who once described his love of voting by telling us that he always walked in the booth humming “Yankee Doodle” because he felt most American when he was casting his ballot. Although I once did think of getting an Uncle Sam costume for my first election in 2004, I’ve never quite felt the patriotic magic my teacher described. I always vote because I don’t subscribe to the school of thought that not voting counts as a vote, but I’m hardly ever excited about it. (I do always enjoy sharing my Foursquare check-in when I go, though.)

Perhaps we need to create a hashtag and Instagram our ballots? If #BallotsOfInstagram became the trendy thing to do on November 4, the millennial vote would be through the roof.