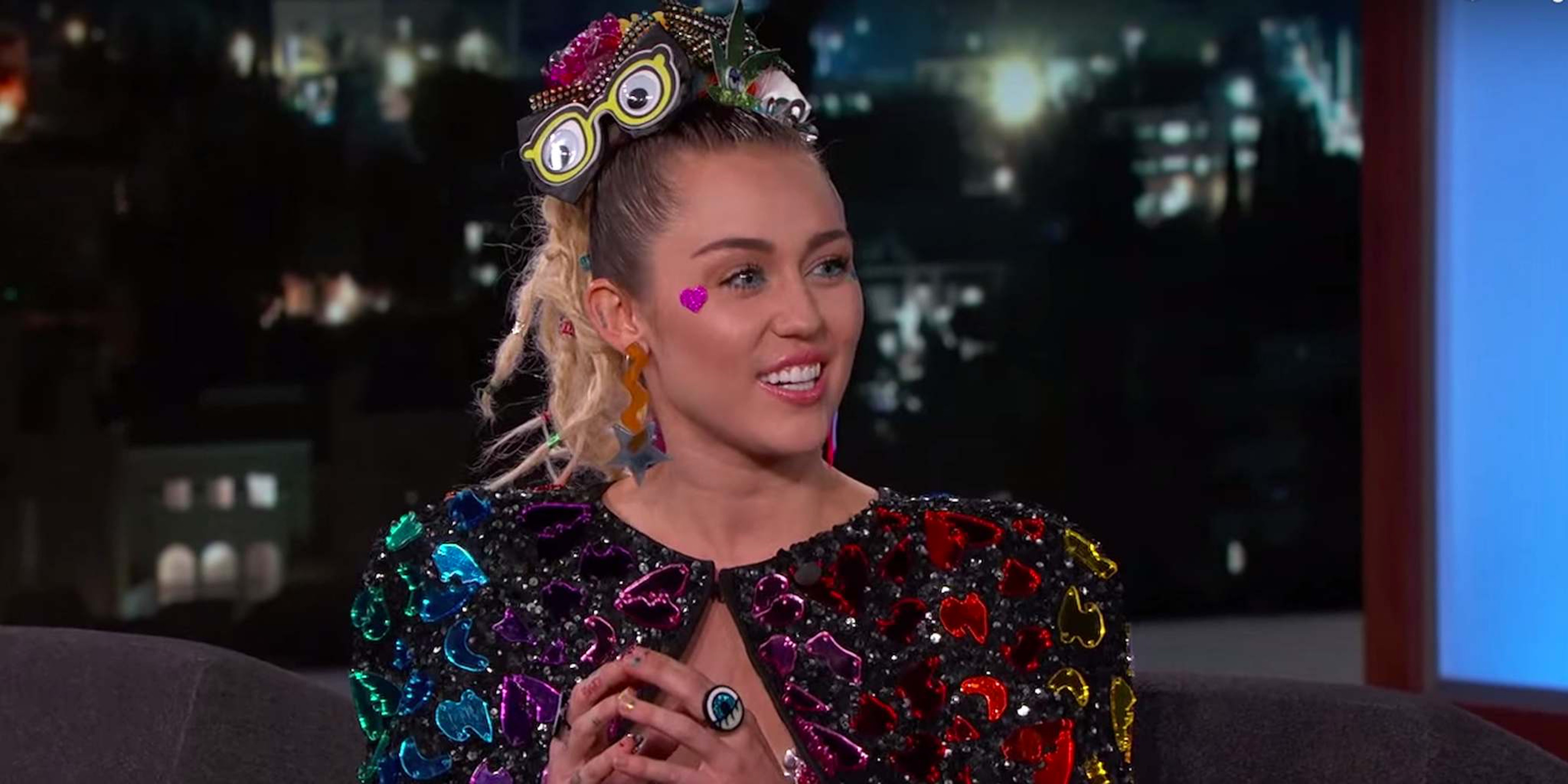 Has Miley learned nothing from the criticism?

Despite the rift between Nicki Minaj and Taylor Swift being settled weeks ago, someone just had to revive old tension.

That someone would be none other than this year’s Video Music Awards host Miley Cyrus. In a New York Times interview, the “Wrecking Ball” singer offered her underdeveloped thoughts on the issue. “I don’t respect your statement because of the anger that came with it. And it’s not anger like, ‘Guys, I’m frustrated about some things that are a bigger issue.’ You made it about you,” Cyrus said. “Not to sound like a bitch, but that’s like, ‘Eh, I didn’t get my VMA.’”

Whether or not Nicki Minaj deserved a VMA nomination for “Anaconda” is irrelevant. The fact remains that the video broke a Vevo record for the most views in a single day, became a pop cultural phenomenon within the past year, and is now immortalized with a Minaj wax figure at Madame Tussauds. Furthermore, the rapper expressed her grievances with the VMA nominations on her own Twitter timeline, doing so without calling out any other artists by name. She voiced frustration about an industry that often gives black women the short end of the stick. It was then that Swift, and now Cyrus, decided that they—as white women—would interject, when it wasn’t about them.

The sad irony in all of this is that Cyrus shouldn’t be telling black people how to talk about race—especially when she has profited and culturally appropriated from black people.

Had it not been for black female artists like Minaj, Cyrus wouldn’t have found another gimmick to regain relevancy. Just two years ago, Cyrus shifted from a bubble-gum Disney pop star image, to asserting her sexual agency through “twerking” (or whatever she thought she was doing on stage, and in YouTube videos). Despite the torrent of backlash from black women and other critics alike, Cyrus flippantly replied that she doesn’t focus on the negative—and that for her VMA performance with Robin Thicke, she was there to make history.

Cyrus’s remarks about Minaj further underscore that she’s learned nothing from the criticism of her cultural appropriation.

Since then, Cyrus has unequivocally positioned herself as some kind of a maverick, when she used cultural performances and stylings that black women created before she was born. Even after this became clear, Cyrus still received the most attention for her mimicry—yet black women like Minaj are seen as “angry” for calling out the double standard. She can’t even pretend that she doesn’t know better anymore. In the New York Times interview, Cyrus even went on to say that she’s disconnected from the music world and rarely listens to any tunes. This statement would be more plausible if there weren’t countless tour clips of her online singing Khia’s “My Neck, My Back,” or even when she told an Australian morning show that she was “over” twerking and getting into the nae nae instead Cyrus then demonstrated the dance for viewers.

Adding insult to injury, E News reported that the nae nae was her new “signature dance,” only to eventually mention that the rap troupe We Are Toonz put actually it on the map. Cyrus is and forever will be indebted to black people for their art—especially black women—no matter how many accolades she receives. And Cyrus’s remarks about Minaj further underscore that she’s learned nothing from the criticism of her cultural appropriation.

However, Cyrus just can’t stop at stealing black cultural artifacts. To make maters worse, she behaves as though she’s well-suited to give black people advice on how to talk about racial issues. Cyrus concludes her remarks about Minaj by saying, “If you want to make it about race, there’s a way you could do that. But don’t just make it about yourself.” However, she doesn’t provide any semblance of a roadmap, while showing little self-awareness about how these remarks sound coming from a white person—one who has no clue what it’s like to be a black woman in America.

By pushing back against Minaj, for no apparent reason other than to stoke the flames of controversy, Cyrus sought to derail the conversation and hog the spotlight.

There are indeed many ways to discuss racial inequalities within the music industry. Minaj did so in her own way—and she, along with many other black women in a predominantly white industry, doesn’t exist to placate the people in power. She’s interested in accountability and acknowledgment of the how the industry constantly fails to recognize the contributions of black artists.

Perhaps what Cyrus wants is not Minaj’s kindness but rather her silence. And maybe both of those emotional responses are one in the same. If black women cannot center themselves when talking about racism, they’re being cut off from sharing their personal experiences and industry knowledge about pressing issues. Instead, Cyrus maneuvers to remain at the forefront, without sharing that space with women of color. Swift already apologized and had a phone conversation with Minaj, discussing important issues unhinged by 140 character counts and the noise of news headlines. But by pushing back against Minaj, for no apparent reason other than to stoke the flames of controversy, Cyrus sought to derail the conversation and hog the spotlight.

At the same time, Cyrus is not entirely at fault. Journalists continue asking uninformed white pop stars about their racial politics, when they’re not academics, policy researchers or experts, nor do they have the lived experiences of people of color. They’re entertainers in the public eye, first and foremost. It’s not clear whether or not publications reached out to Minaj for her take on the argument with Swift, with most reports relying on her tweets to understand what happened. However, Cyrus was given a platform as big as the Grey Lady to score cheap points before she hosts the VMAs.

Once again, a power imbalance emerges. Now, Cyrus isn’t seen as much as an instigator (for the wrong reasons), as she’s being understood as a person who just wants harmony amongst female artists. Rather, she typecasts Minaj as the “angry black woman,” a trope often used to police how black women express themselves, regardless of whether or not they’re actually angry. It demonstrates a callous disregard for the real concerns many black women have about the racialized, gendered forms of discrimination that play out in major institutions, including the music industry.

Yet Cyrus, for all her insights on race in the Times interview, remains silent about the real-life struggles black people encounter because of racism. But she has no problem using black culture and black women as accessories for her performances. It shows that her attitude isn’t one of genuine appreciation for the contributions of black people, rather a flagrant disrespect. And whereas she may feel liberated as a rich, young, white, pansexual, gender-fluid person, her views and behaviors put black women in a box. More often than not, we as black women are denigrated, fetishized, or erased altogether from the conversation.