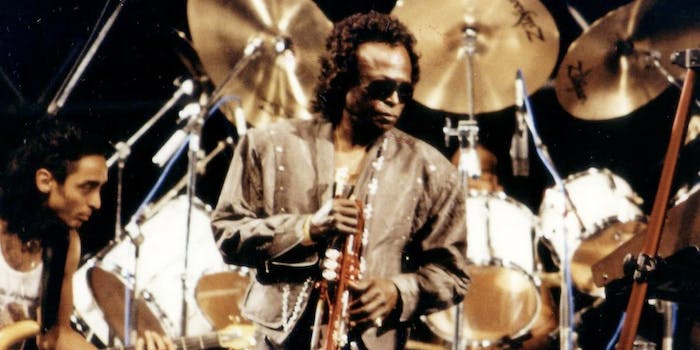 The ghost of Miles Davis haunts this parking garage door

He still has some music left.

Miles Davis never died. He continues to live on through his signature intervals of “So What?” Every time a jazz trumpeter breathes a tone, Miles is there. And most recently, Miles Davis possessed a parking garage door.

We’re not sure exactly how the ghost of Miles Davis got stuck in this doorframe, but, as in life, he makes his presence known. YouTuber Mr. King posted footage of the haunted door this month. “An ingenious door in a Chicago parking garage will not ‘die with his music inside of him,’” King wrote, referencing a famous Oliver Wendell Holmes quote.

Indeed, it appears Miles Davis still had some music left, and he found a way to continue sharing it with those who passed through this Chicago garage.

We believe, without a doubt, that Davis is inside of the door. Just listen to his lines in “Bitches Brew.” You’ll reach the same conclusion we did.

Photo via Oliver Nurock/Wikipedia (CC BY 2.0)