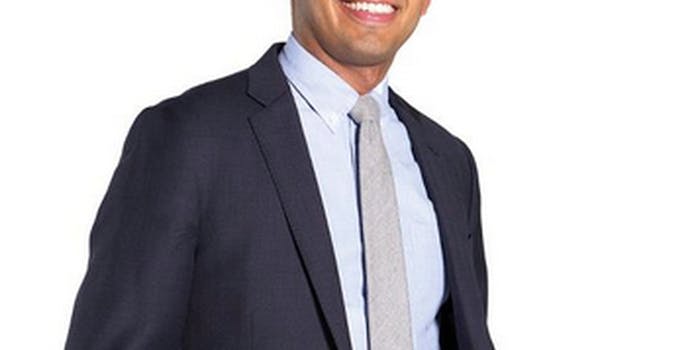 Joel Diaz and his friend Ethan were looking for late-night food after a night out in Columbus, Ohio, but they left Mikey's Late Night Slice Truck with more than a slice of pizza.

Joel Diaz and his friend Ethan were looking for late-night food after a night out in Columbus, Ohio, but they left Mikey’s Late Night Slice Truck with more than a slice of pizza.

Diaz (pictured) and Ethan were huddled close for warmth, holding hands. A man ahead of them in line turned around and told them to “cut our gay shit out,” Diaz recalled in a Dec. 30 Facebook post. Not knowing if the man’s behavior would escalate, Diaz was surprised to hear other patrons—and even the Mikey’s workers—defend them.

“The best though was he grew more irate and vocal the guys who work the truck told him they would not serve him because he was spewing hate and he should get out of line,” wrote Diaz.

“Every person who spoke up to defend us including the pizza guys representing their business was doing their part to make hate a thing of the past,” said Diaz. “We must never forget to speak up and make our voices heard no matter where we find ourselves.

“No slut sauce for you mr. homophobe.”

The incident happened in the trendy Short North district in Columbus, known for a plethora of gay bars and clubs. The capital of Ohio is considered one of the most gay-friendly and progressive cities in the Midwest.

The post has garnered more than 10,000 likes and hundreds of comments, mostly thanking Diaz for telling his story.

“Thanks for not backing down and kudos to your community and the business owner,” commented Les Young. “At some point the bully will realize he looked very stupid and all that bluster got him was an empty stomach.”

Mikey’s reached out to Diaz on Facebook. The company wrote:

Thank you Joel Diaz for sharing the account of your experience at our truck this past weekend. We can’t tell you how proud we are of our truck workers that night for speaking up and doing the right thing. We are also immensely grateful for the kind words and support for us that has emerged since the post first went up.

We are humbled by the attention that this whole thing has gotten us. But we feel that the greatest recognition belongs to our neighborhood as a whole, here in the Short North. By accounts, there was no shortage of locals willing to speak up and intervene when the incident occurred. It is so wonderfully comforting to know that the hearts of our neighbors are filled with kindness and tolerance.

Thank you again, Joel, for sharing. And also to our fellow Short North denizens for standing beside your neighbors and speaking up for what’s right.