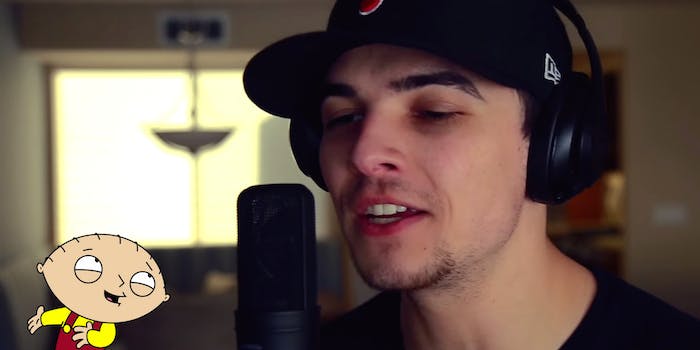 Combining a chart-topper with distinct character voices sounds like a recipe for disaster, but when it’s Mikey Bolts behind the voices, it turns into something worth listening to.

Bolts has made a name for himself with his Family Guy impressions (particularly Peter and Stewie Griffin) for a few years now, and when it comes to taking on “Uptown Funk,” it’s rather brilliant. Stewie and Peter are at the forefront, but he manages to bring in some other characters from Family Guy, American Dad, and even King of the Hill. The catchphrases aren’t a hindrance here; they’re essential.