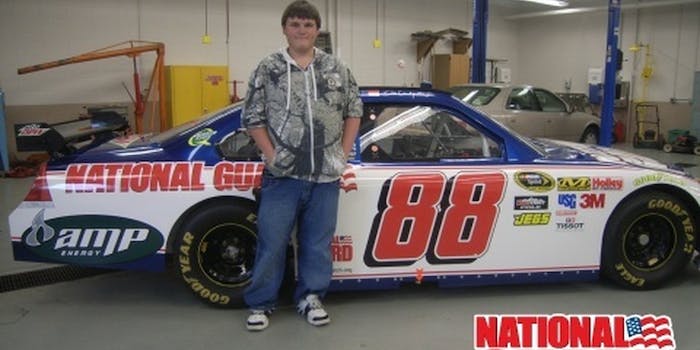 Every adult actress on Twitter seems to have heard from Mike Stone.

We stopped counting how many he’s tried to contact, but it’s easily in the hundreds. The hopeful high-schooler, who describes himself as “AWESOME” in his Twitter profile, has sent out about 600 Tweets in total. Most of them are date requests.

In a typical message, Stone wrote to Cherie DeVille: “may 12 is my high school prom and i want to ask u to be my date i have dinner and hotel and a personal massage.”

She said she was too old for him. (Stone has said he’s 18 in response to inquiries about his age.)

Some call him a hero, some a legend. Others are calling him a creep.

“Dump the bit about the hotel room and massage. You go from kid trying something cute to total creeper when you say that shit,” Twitter user Mike Roads wrote.

One actress did show what can best be described as hesitant interest, however. “[I don’t know,] his school will think I’m a pedophile,” Gia Steel, a self-described “sexy freak” wrote.

“No they won’t,” Mike replied.

He may not win over the likes of Steel with that kind of calm eloquence, but at this point it’s pretty much inevitable he’ll get that “yes”—what with the entire weight of the Internet behind him and all.

Until then: Godspeed, Mike, as you forge forward on your mad porn-star spamming quest.