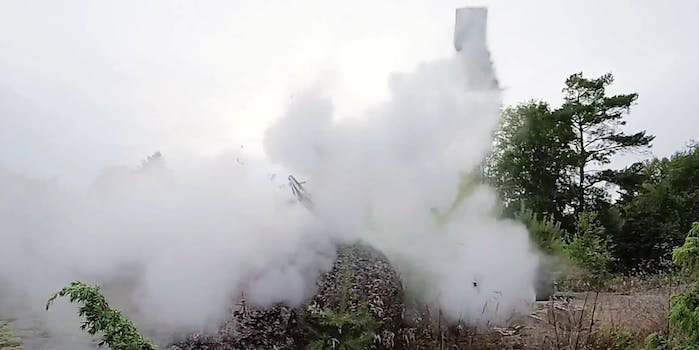 From the guys who brought you the flying donut.

As the saying goes, “Curiosity kills the cat, but boredom blows up microwaves.”

OK, that might not be the precise wording of the age-old proverb, but two guys have ruined a perfectly good microwave all in the name of not having anything better to do. By putting a bottle of water in the kitchen appliance and sealing it tight with tape, they were able to build up enough pressure within the contraption to make it go boom.

It took a mere 16 minutes for enough steam and pressure to build up within the microwave that it blew itself to smithereens.

The video really has to be seen to be believed.

And for dessert, watch the same guys launch a donut into space.