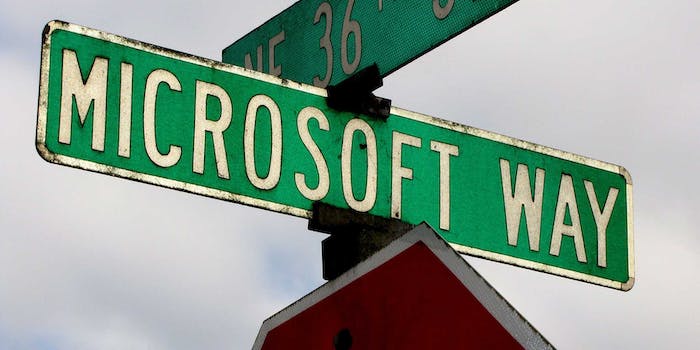 Microsoft 10 is violating your privacy—but will customers actually care?

Microsoft 10 is a huge step forward for the company—but a big step back for privacy.

Windows 10, the roundly praised OS released last week for free to PC users with Windows 7 or later, is the update that’s supposed to bring Microsoft back from relative obscurity. The company’s position as the lead desktop and laptop manufacturer has never been in question, but recent years have seen the company lose footing to Google and Apple in the all-important mobile market.

While both those companies had long ago conquered the idea of free, incremental annual updates—in contrast with Microsoft’s model of large, expensive OS updates every few years—Windows 10 stands to be “the last version of Windows,” according to Microsoft developer Jerry Nixon. Finally, Windows joins Apple and Google in the present.

The present, however, also means Microsoft is joining those companies in profiting as much from their users’ data as they do from original products. Windows 10 early adopters might be surprised to know the OS collects troves of information about their online and offline habits. As stated in its ominous privacy agreement, this includes “data about you, your device, and the way you use Windows” (i.e., your emails, contacts, instant messages, and search queries).

Perhaps most frighteningly, the company retains the right to preserve and disclose any user data “when we have a good faith belief that doing so is necessary.” Of course, Microsoft alone gets to determine whatever “necessary” happens to mean at the moment.

Before now, Windows computers were the last remnant of a time when every piece of our lives wasn’t bought and sold to the highest bidder. While we’re all aware that our smartphones are tracking our every move (as they say, there’s even an app for that), a simple Windows laptop should be just that: simple, not another tool for corporations to harvest our data.

To be sure, this is not much more intrusive than Google and Apple’s own privacy settings—and far less so than that of social networks like Facebook. Data is the currency of a surveillance economy, and Microsoft is certainly not straying from the climate of Silicon Valley by collecting such information about its users.

Of course, Microsoft alone gets to determine whatever “necessary” happens to mean at the moment.

But Microsoft caving into industry norms on privacy is a worrying sign of how comfortable we’ve become with how companies track us—even though most people are generally upset by it. A 2014 Pew Research Center poll found a vast majority of Americans are concerned about their privacy, and when using tech devices, only nine percent feel they have a great amount of control over what is shared; more than half feel they have no control at all.

What we have is not complacency so much as submission: Americans care about privacy, they just don’t think they can do anything about it.

This is why Microsoft likely felt OK about taking this giant leap into its users’ data. After all, Windows 10 is also the most well-reviewed piece of software Microsoft has released since the release of Windows 7 more than six years ago. Windows 8 was released to bad buzz and dismal reviews; one critic called the software a confusing “disaster.”

Likewise, the company’s mobile and tablet entries have been nothing short of dreadful. While the giants of iOS and Android battle above its head, the Windows Phone holds just a 3 percent market share. Such disappointing returns is one reason why Microsoft CEO Satya Nadella was forced to layoff 7,800 people from the company’s smartphone division alone.

So what message is Microsoft supposed to take from consumers? That the company should continue to hold on to the old model of updating its software once every few years—or that should it join the race for user data that fuels the constant change in the devices of Google and Apple?

Although Apple CEO Tim Cook likes to pretend otherwise, Apple has become the most valuable company in the history of the Earth through no small part by collecting vast amounts of user data. While not quite as invasive as Google or Facebook, Apple regularly collects anonymized data about user locations, messages, phone calls, and online habits—with which the company can do whatever it pleases.

In fact, Apple might keep location data for as long as 12 years, according to one Wall Street Journal report. Google, meanwhile, has perfected the art of collecting user data, tracking your phone, your browser, your computer, and eventually your car. Because 90 percent of Google’s revenue comes from advertising, the company relies more than most on its massive collection of user data as part of its business model.

Although Microsoft’s mobile division is a complete dud, the company has something neither Apple nor Google could ever dream of: 1.25 billion PC users around the world, especially in emerging markets like China and India. Bringing those users (and their data) to the full utility of an Android or iOS user means treating Windows 10 just like Google or Apple would treat their mobile software; this was perhaps the sole reason Windows 10 was released as free upgrade, a historic step forward for Microsoft. Seeing as how consumers have done nothing short of rewarding Google and Apple for regularly spying on  them, Microsoft would be missing a golden business opportunity not to join them.

Data is the currency of a surveillance economy, and Microsoft is certainly not straying from the climate of Silicon Valley by collecting such information about its users.

While it might be wrong to treat Microsoft like a cold, heartless entity guided by consumer will, it’s become the natural trend of our digitized lives. Companies (or government agencies) push further into our lives, and we feel powerless to stop it.

That’s not true, but part of this complacency has to do with sheer ignorance—a 2014 Pew study found 52 percent of Americans falsely believe a website or software’s privacy policy is the site confirming they will keep their user information safe and secure (when typically the exact opposite is true).

Luckily, there are numerous tutorials already available on how to change and adjust the privacy settings in Windows 10, though they are needlessly complex and not as thorough as some might like. In fact, most companies give consumers at least some agency when it comes to what data is collected and how it is used. Google’s Privacy Checkup feature walks users through their data collection methods and gives them the option to make Google blind to such things as their search engine habits or location. Even Facebook has taken great strides to simplify their privacy policy and help users adjust their settings.

But until we take advantage of these options, companies will continue to profit off our data, while former havens from this eternal surveillance state will stop looking so safe after all.

Photo via ToddABishop/Flickr (CC BY 2.0)