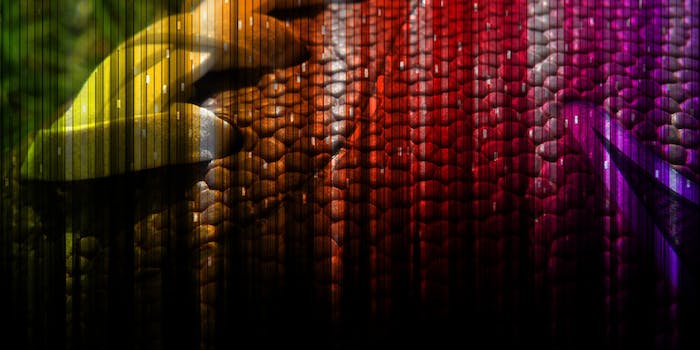 Michael Sam's quiet cut may have had a lot to do with his being openly gay.

I’ve seen a little too much insistence this week, online and on social media, that Michael Sam’s being cut from the Dallas Cowboys’ practice squad had nothing to do with his being gay. It’s a bit overwrought and defensive. A lot of fans seem to want to believe the NFL is not a homophobic institution, and that the Sam story somehow proved it: The NFL gave a shot to the first openly gay player ever drafted and treated him well, and his fate was based on his performance, and that’s that.

But Michael Sam’s being gay has been so much a part of this story from the moment he came out, with anonymous NFL executives saying he wouldn’t be accepted, and some commentators and even some players making anti-gay remarks, right up through his late-round drafting and beyond. Can anyone really say for sure whether or not his being gay had anything to do with his being cut?

As both Outsports’ Jim Buzinski and WCBS sports radio host Jared Max point out, there are no other openly gay players in the NFL right now, and if the NBA’s Jason Collins indeed retires soon, as many commentators are predicting, there will be no openly gay player in any of the four major sports leagues. That’s not exactly a sign of acceptance. Add to this the fact that the NFL has given minor or no penalties to players like the San Francisco 49ers’ Chris Culliver after homophobic incidents. It also stood by the hiring of anti-gay former New York Giant David Tyree—who worked to stop marriage equality, adheres to an extremist anti-gay ideology, and has expressed the belief that gays can be made straight—as the New York Giants’ director of player development.

So it can’t be ruled out that Michael Sam was cut because he’s gay, not with the NFL’s record. People can point to Sam’s performance at this or that juncture, but that’s been countered by pointing to other players who’ve performed similarly and have done just fine. Buzinski notes, looking at the chronology of events, that it was all quite suspicious:

With the draft winding down, I have always suspected that the league made calls to St. Louis to encourage/cajole/plead with the Rams to take Sam…Sam not being drafted would have been a huge embarrassment to the league and set back its efforts to appear more inclusive of gays.

After former coach Tony Dungy called Sam a “distraction” and said he’d have stayed away from picking him, Sam seemed to become even more of a hot potato. The Rams chose not to keep him, which seemed like a football decision, since he wasn’t what they needed. But the fact that he wasn’t immediately chosen by another team was “unprecedented,” according to Michael Freeman of the Bleacher Report:

It can’t be stressed enough how Sam not being signed despite a productive preseason is almost unprecedented. In my two decades of covering the NFL, it isn’t just rare; it’s basically unheard of for a player to not make the league after playing well in the preseason.

And Adam Schefter of ESPN tweeted:

12 players had 2.5 or more sacks this preseason. 10 are on 53-man rosters. One on practice squad. And last, Michael Sam, hasn’t found work.

NFL insider Peter King, of MMQB.com and NBC, reported that the Cowboys finally took Sam for the practice squad after “a league official contacted multiple teams asking if they’d evaluated Sam,” and that the NFL “avoided a nightmare situation” when the Cowboys signed him. (The NFL denied King’s claim.) Then, a month and a half later, he was cut, almost unnoticed, while the country was focused on Ebola, the attack on the Canadian Parliament and other pressing concerns.

Again, any of the individual actions can be explained away as a football decision. But when you add it all up and throw in the NFL’s past and current disregard for homophobia (in incidents and hiring), it’s impossible to escape the very real probability that Sam’s being gay was a factor that determined his fate. And Jim Buzinski is right when he says it will give any other player pause about coming out, which may be exactly what the NFL wanted.

Photo by ronalmog/Flickr (CC BY 2.0) | Remix by Fernando Alfonso III