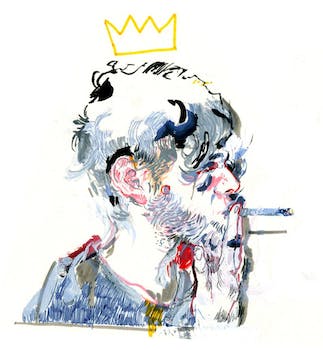 Reading between the lines of Michael Howard’s art

"Movement is what makes art and the visual world interesting,” Howard told the Daily Dot.

Every once in a while there’s an artist that crops up on Tumblr Radar that stops you in your tracks. It’s not enough to simply like or the reblog the post. You want to step away from your computer and stare at it like in a museum, to dig for a deeper meaning or better understanding.

Such was the case recently with Michael Howard, a 23-year-old artist whose neo-Expressionist style calls to mind the paintings of Jean-Michel Basquiat, especially in use of his crown motif.

Howard’s work breaks down the human form into simple, elegant lines that strives for synesthesia, a historical form of artistic expression that involves using all the senses to approach a subject. Instead of globs of color, his subjects are made up of a wondrous mixture of lines and white space that bring the figures to life. 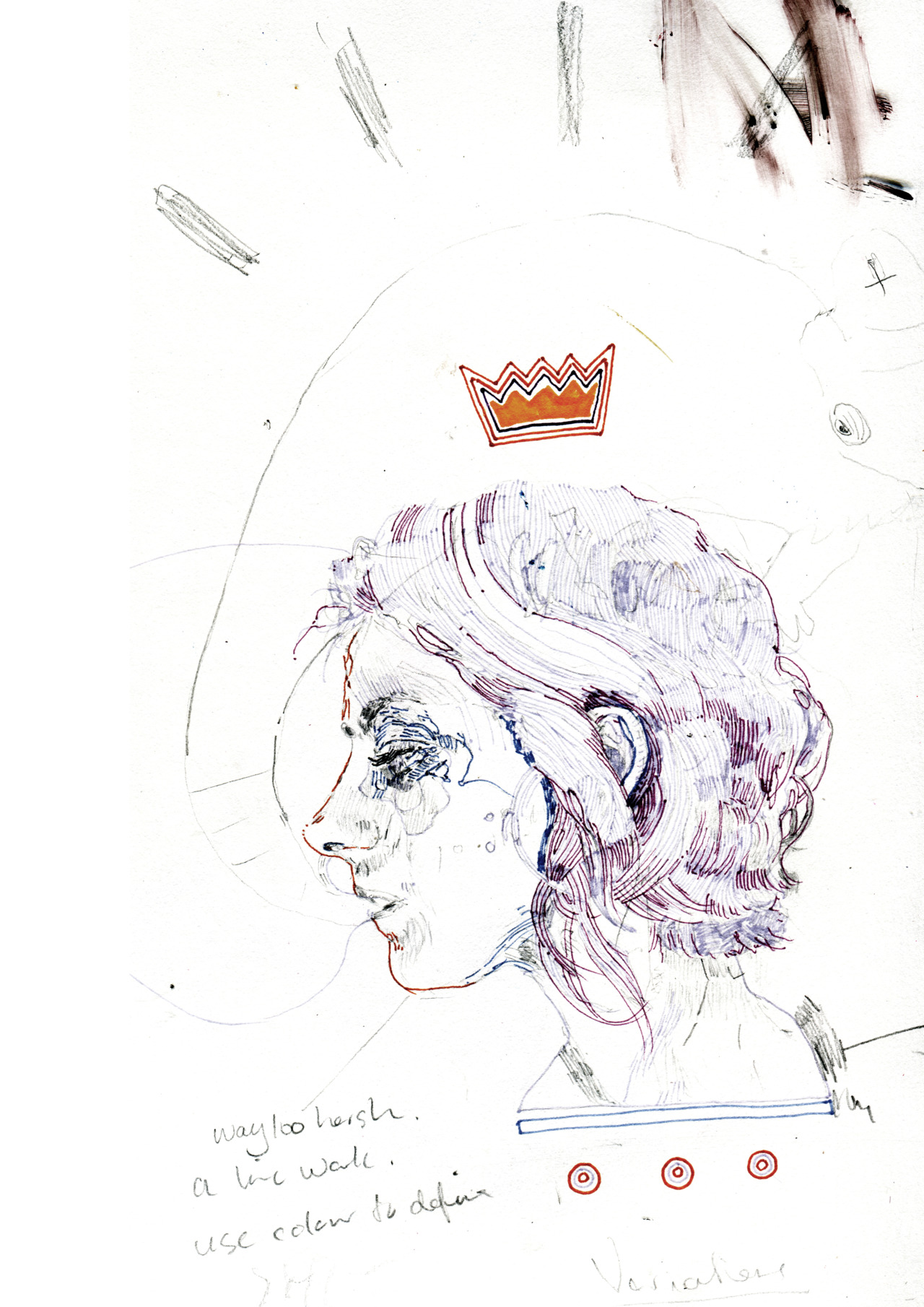 “I’d say that most of my inspiration comes from little phrases in books, little glimpses of conversation,” Howard said. “I think overall it is people who fascinate me the most due to the amount of diversity.

“I think to capture mood or meaning there are many ways of communicating visually through artwork. I just feel by varying mark making techniques it’s a more accurate way to represent them, as we never see life through a still image. Movement is what makes art and the visual world interesting.”

Each piece is made using HB graphite pencils of varying thickness. Some are finished 10 minutes, while others can take up to three hours. It all depends on the source of inspiration. 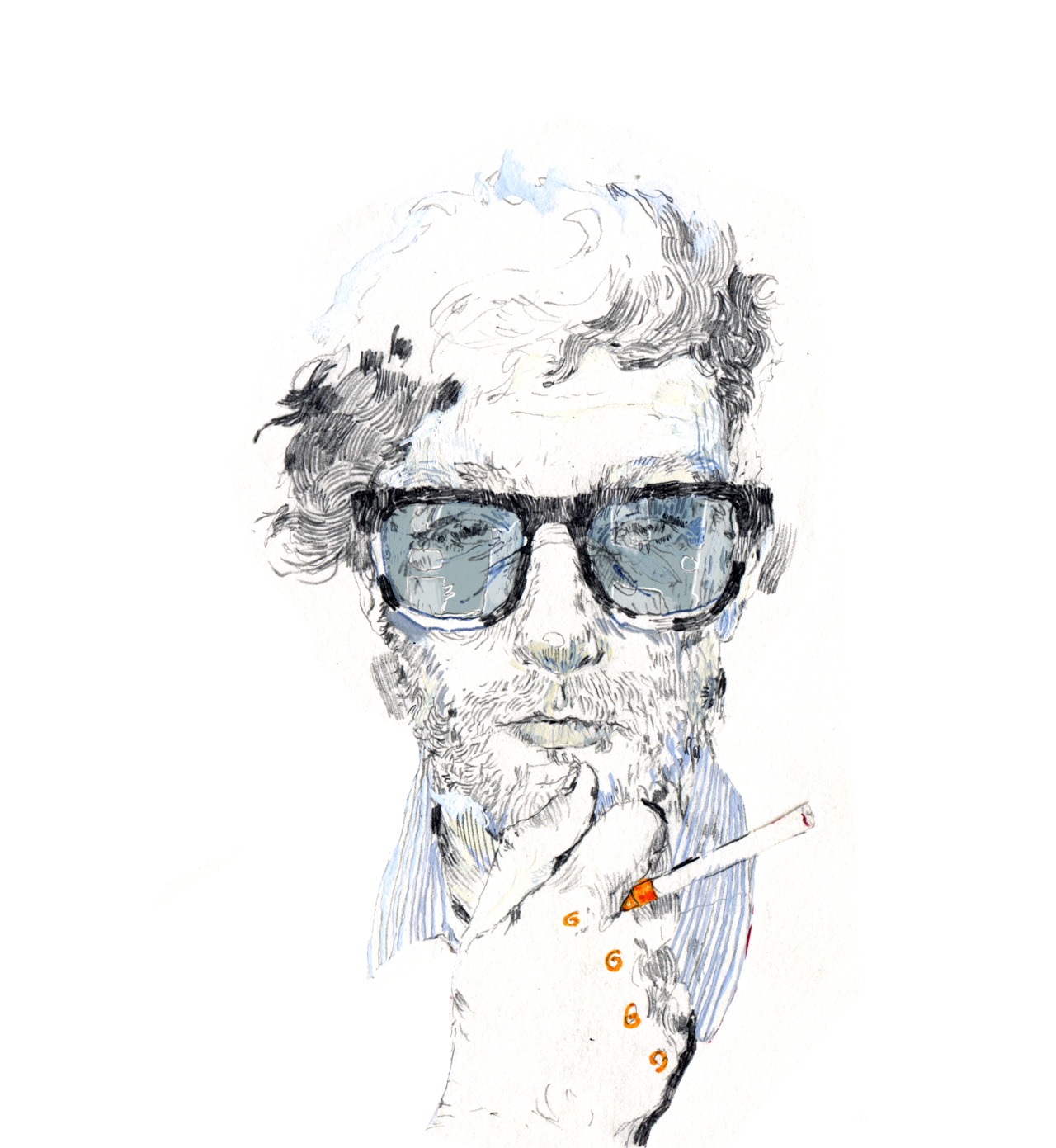 Over the last two years, Howard has made Tumblr a home for his work. He regularly asks users for inspiration, uploads photos of himself, and shares some of his fears. He has recently encouraged people to submit ideas for things for him to draw, like the following illustration.

“I enjoy the interaction between people,” Howard said. “It’s a brilliant platform to communicate to other like-minded individuals and to really put your artwork out there. It really is an amazing community.”

Howard plans on moving to London soon, having just graduated from Manchester School of Art. In the meantime, Tumblr is his muse and freelance work puts food on the table.

“It’s going to be an exciting time, new ideas, new people, new environment and who knows,” he said. “Watch this space.” 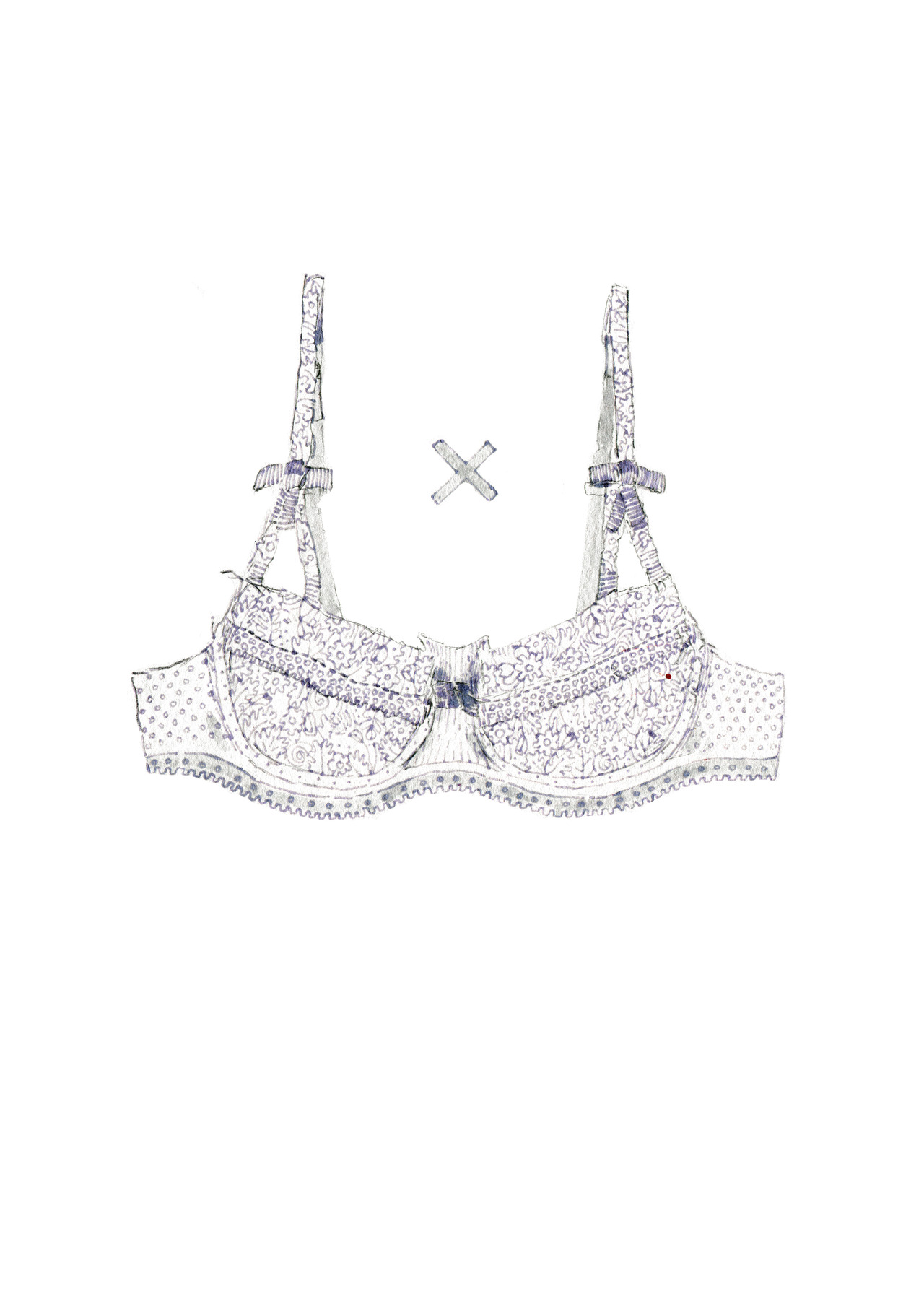 All illustrations and the Daily Dot doodle by Michael Howard