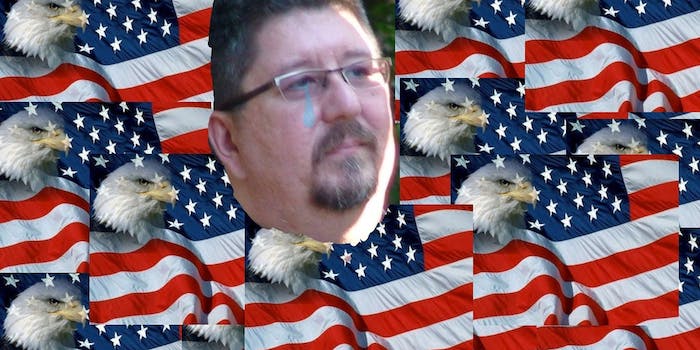 What happened to Michael Brutsch, a.k.a. Violentacrez, the "biggest troll on the Web"? He’s still alive and still has Internet access. Beyond that, only he knows for sure.

If you’re wondering what happened to Michael Brutsch, who won unwanted notoriety last October after Gawker’s Adrian Chen exposed him as the real-life persona behind redditor Violentacrez, “the biggest troll on the Web”—well, he’s still alive and still has Internet access. Beyond that, only he knows for sure.

Nothing seems to have come of that, either. On Monday afternoon, Adrian Chen tweeted a sad little coda to the tale. “Michael Brutsch aka Violentacrez is back on Reddit,” Chen noted, along with a link to the relevant thread.

“Violentacrez was a scumbag. He did something wrong,” a redditor wrote. Brutsch—posting from his personal account, mbrutsch—asked, “Really? Care to elaborate?”

Nobody did. And Brutsch’s post is no longer visible.

“Oh, how far the man has fallen. Remember, when Violentacrez got our attention a couple months ago, it was because of the many Redditors defending him against the possibility that Chen would unmask him for his creepiness. Now, he is on the site defending himself all alone.”

Perhaps the Internet as a whole has lost interest. Consider: Adrian Chen, with over 11,600 followers on Twitter, tweeted the news at 7:46am Monday morning. Yet by 5pm, only three people had even bothered responding.