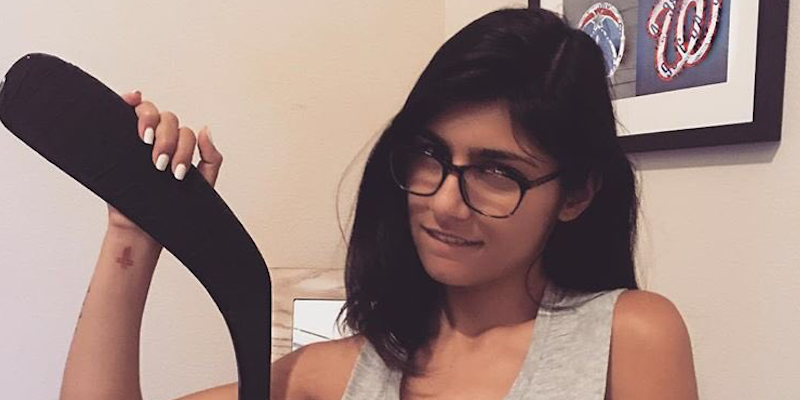 Mia Khalifa doesn’t have HIV, but she does have a problem with a fake news site

Rumors started and she needed to put them to rest.

Khalifa told Total Frat Move on Thursday that she is not HIV positive, and she was surprised to find that even close friends thought the bogus rumor might be true. Here’s her statement on the subject:

I don’t usually let mean-spirited things about me on the internet get under my skin. That’s a skill I’ve had to develop over time. But I’d be lying if I said this didn’t hurt me. It has gotten to the point where people who are actually close to me started texting and asking if this shit was true–and that’s what hurts the most. I’ve gotten used to being bashed, but a person can only take so much.

In case it isn’t clear already: no, I am not HIV positive. I get laid way less often than you’d think. The closest thing to intimacy in my life right now is when my roommate is washing her sheets and sleeps in my bed with me.

On Twitter that day, Khalifa was cracking jokes about the rumor, but some people didn’t get her subtle (it wasn’t very subtle) humor and continued to spread the fakes news based on her tweet:

The buzz about Khalifa and HIV seems to have started in January on a bogus news site called the No Chill, which wrote [sic] “The most famous movie star Mia Khalifa is recently diagnosed with HIV Positive Infection. As the girl was shooting with 2 other people, the industry remains in a fear of an outbreak … Mia is now under treatment along with her family and friends in Us. Lets hope the further results come out good for her.”

And it got so popular that it turned into a trending topic and a source of jokes on Black Twitter:

I'm up too early y'all saying Mia Khalifa can't ride dick and she's HIV positive I need to go back to bed pic.twitter.com/yWGdvyeFp2

"Mia khalifa got hiv bro. If you beat off to her you got hiv by association" https://t.co/xTdzhBquLG

She may have a lot of gullible haters and a problem with fake news, but she doesn’t have HIV.