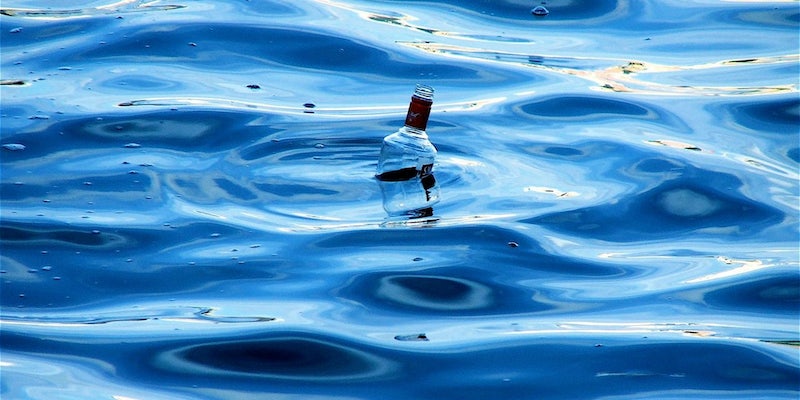 The author of the note had a good reason for their request.

If you wrote a message in a bottle and sent it out to sea, it would be reasonable to assume that you’d want someone to eventually find the message.

But when a Reddit user’s friend found one such note in the ocean, and the note’s author found out, they asked that it be returned to the sea—for a touching reason.

The story began when an acquaintance of redditor GeoffdeRuiter discovered a small bottle off the coast of British Columbia. GeoffdeRuiter posted the note found inside the bottle, asking the r/Translator subreddit for help to translating it from Korean to English.

Dear Dad, It has been 9 years this year. I really really miss you. I know that you will always watch out for us from the sky (the heaven) and we try to live life to the fullest, but we are not really sure about that. The kids have grown so much that whenever we come to this place they even know that we come to see you, dad. I wish for them nothing but growing up healthy. Would you help us? (***meaning she believes her dad would do so). I(we) will live another year in my(our) best and come to see you again. Take care until then. From Minji.

But somehow, the message’s original author discovered that the note had wound up online and responded thusly:

“Hello, I am very suprised [sic] to see this on online. My friend texted me with the image on imgur website and asked if it was mine. So yes, it is mine. My name is Min Ji. It was for my father-in-law who passed away 7 years ago not 9. Me and my family go there to see him and sending letters every year. I counldnt [sic] write any comments on the original post so I am writing here and hopefully someone tells the person who found it. Please send it back to the ocean with respect and thank you.”

That prompted the following response from GeoffduRuiter:

“I received this from the person that found the bottle. ‘Hi Geoff, that’s very interesting thank you for that, very surprised that the writer of that note was found so quickly. I will gladly return the note to its tiny bottle and will return it to the sea I just need a new very small cork but will make one from a wine cork. Thanks very much for your help with this.'”