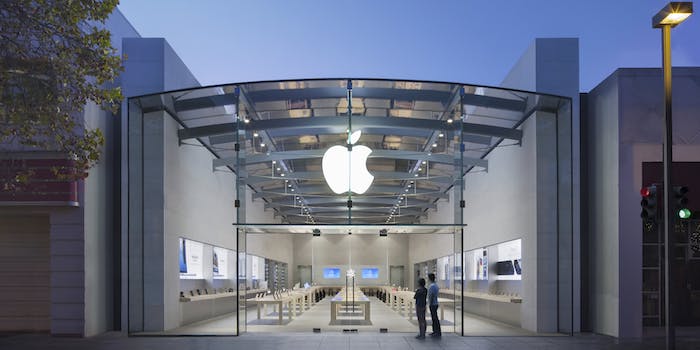 Merriam-Webster trolls Apple fans with its new definition of ‘sheeple’

According to the good people over at Merriam-Webster, there’s a new word in the dictionary, and its definition takes aim squarely at Apple consumers. Earlier this week, the social media-savvy dictionary announced a new addition, one that people who get in testy political arguments may have heard before: “sheeple.”

That’s right, sheeple. The classic portmanteau of “sheep” and “people” is now officially in Merriam-Webster’s dictionary, listed as an informal noun referring to “people who are docile, compliant, or easily influenced.” But there’s another, secondary definition that’s drawing a lot of attention, particularly from fans of Apple who don’t wish to be maligned by their dictionaries.

'Sheeple' is in the dictionary now. https://t.co/pbXVADEoBm

Following Merriam-Webster’s primary definition and a contextual example about a farmer inveighing against the authority of currency, a second example (credited to Doug Criss) put the crosshairs squarely on Apple customers.

Apple’s debuted a battery case for the juice-sucking iPhone—an ungainly lumpy case the sheeple will happily shell out $99 for.

Ouch. For anyone out there who’s ever thrown down some money on an iPhone battery case, consider yourselves burned. Burned by the dictionary, even!

It’s not the first time that Merriam-Webster has courted viral attention. The world-renowned dictionary has also generated buzz for its occasional trolling of the Donald Trump administration, offering definitions for topical words or concepts that cast the White House in an unfavorable light. In January, it tweeted that “emoluments” was its No. 1 search term, and it similarly tweeted out the definition of “complicit” after Ivanka Trump claimed not to know its meaning in an early April interview.

This time, however, it’s coming for the Apple fans, rather than the people running the country. Hopefully this doesn’t hurt too many feelings, but honestly, it’s hard to blame them. Whatever you think of the world’s biggest tech company, $99 really is a hell of a lot of money for a phone case.