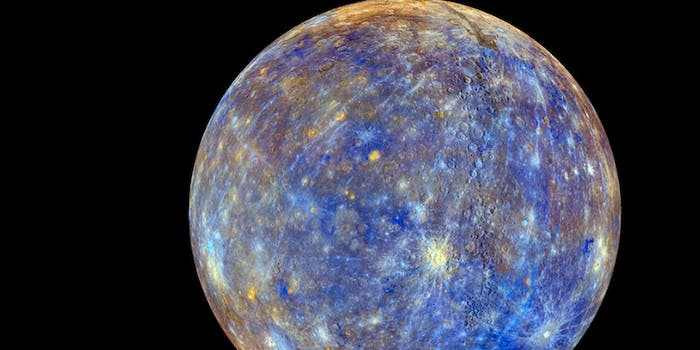 Mercury is no longer in retrograde, so your life should be perfect now

After wreaking havoc on your life for most of May, the horror that is Mercury in retrograde came to an end on Sunday. This means that you’ll no longer feel out of sorts, and you’ll be able to make rational decisions again.

And that’s not all. Here’s what else you can finally do now that the smallest planet in the solar system is no longer moving slower than Earth.

During Mercury in retrograde, texting wasn’t recommended, because Mercury’s radiation levels are sky-high during this period, which would be extremely bad for your fingers—hence, no texting. Now that retrograde is over, however, you’re free to text without having to worry about getting a scary finger disease.

Australians are known to be very hostile during Mercury retrograde. For some reason, they are angry, moody, and don’t refer to tourists as “mate,” which is super weird, because that’s every Aussie’s favorite word. Anyway, there’s no need to worry anymore, because Mercury is normal and so are Australians.

3) Listen to your favorite podcast

Before its resolution, Mercury appeared to be moving backward (even though the planet was just moving slowly). This made listening to podcasts impossible, because nothing affects podcasts more than planets acting all crazy and shit. So listen to your favorite Ira daniel or Marc Maron podcast in the comfort of your car or home. You deserve it.

4) Make out with your significant other

It’s well-known that during retrograde you cannot make out with your significant other. Mercury hates passion and despises earthlings who showcase their love for each other. When couples attempted to kiss each other before retrograde’s completion, they were either electrocuted or their tongues fell out of their mouths. Out of all the planets, Mercury is definitely the most savage.

At the height of Mercury retrograde, Neil deGrasse Tyson is known to be at his most confused, so it’s not in nobody’s best interest to read his incoherent tweets. But guess what? Retrograde is over until August; therefore, you have a couple months to revel in Neil’s extremely scientific musings.

Never seen a bar fight break out while people are drinking wine. Beer, yes. Hard liquor, yes. But not wine.