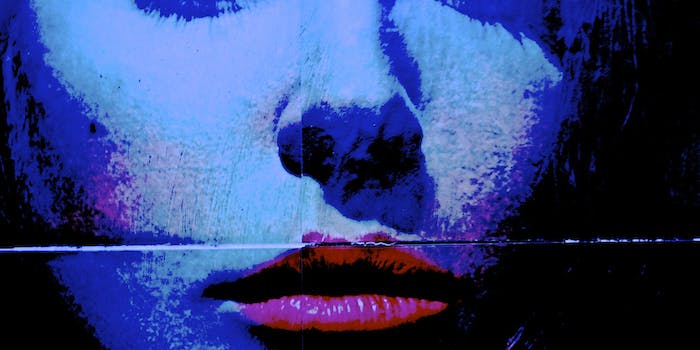 Our mental health problems are bigger than Lana Del Rey

Singer Lana Del Rey has recently reignited an age-old discussion about the glamorization of depression and suicide among (and in) young musicians. In a Guardian interview she has since tried to distance herself from, Del Rey focused on death:

‘I wish I was dead already,’ Lana Del Rey says, catching me off guard. She has been talking about the heroes she and her boyfriend share—Amy Winehouse and Kurt Cobain among them—when I point out that what links them is death and ask if she sees an early death as glamorous. ‘I don’t know. Ummm, yeah.’

In response, Frances Bean Cobain, daughter of Courtney Love and Kurt Cobain, took Del Rey to task on Twitter, sharing her perspective on romanticizing the death of musicians like her father. “I’ll never know my father because he died young & it becomes a desirable feat because ppl like u think it’s ‘cool,’” she tweeted.

Cobain has a huge personal stake in this issue, so her strong opinions about it are understandable. It’s important, though, to question whether (or how exactly) the glamorization of her father’s death makes suicide a “desirable” choice for others.

It’s unlikely that statements like Del Rey’s actually make anyone go, “Huh, maybe I should try killing myself.” However, they can be harmful because they perpetuate norms that discourage seeking help and prioritizing mental health. Del Rey certainly isn’t single-handedly responsible for this, by the way—mental illness has long been associated with artistic brilliance, glamour, and even sometimes sexual desirability. Some believe that you can’t really be a great artist unless there’s something very wrong with your brain, but I think that’s largely confirmation bias. If you think that artists must be crazy, you’ll pay extra attention to the ones that are and little attention to the ones that aren’t.

We tend to expect that when artists go through difficult times, their way of coping is to make art about it. (Neil Gaiman gave a beautiful speech about this.) Making art can indeed help people deal with all sorts of adverse circumstances, including mental illness, but sometimes it’s not enough. Luckily, some artists, musicians included, have spoken out about seeing therapy and medication when they needed it—not an easy thing to do in a society where mental illness is still stigmatized and being a celebrity means having your private life constantly scrutinized and sold as entertainment.

On the other hand, I’m also leery when celebrities are expected to be “role models” and to demonstrate positive, healthy behavior to the children and teens who look up to them. It would certainly be nice if, when interviewed about her moods, Del Rey said something like, “I’ve been going through a hard time and dealing with lots of sadness, but I’m seeing a great therapist and taking good care of myself.”

But holding her responsible for the mental health of hundreds of thousands of young people is unfair and hypocritical. Del Rey’s young fans would benefit a lot more from seeing their own parents model good self-care, but we don’t encourage that in parents any more than we do in glamorous singers. Instead, we shame people who take poor care of themselves, and we shame people who are open about seeking therapy.

Another dimension of this issue is the idea that singers like Del Rey are more or less “performing” their sadness, or depression, or whatever it is. That’s likely to some extent, especially given that many people seem to find this aesthetic appealing. For a commercial artist who needs to sell records (or iTunes songs, as it were), crafting an image like this can make a lot of sense.

However, presuming that Del Rey’s distressed image is “fake” is a simplistic view. People have many sides to them, and the glamorized sadness that Del Rey performs as an artist may just be one of many facets of her personality. As Lindsay Zoladz writes in Pitchfork:

‘They say I’m too dumb to see,’ she coos in a campy sexy-baby voice. ‘They judge me like a picture book, by the colors like they forgot to read.’ Is this exaggerated? Is it ‘real?’ The joke’s on anyone who insists on asking those questions—the whole point of Del Rey is that it’s impossible to tell, and that perhaps there’s even a strange power in that ambiguity.

Meanwhile, in The Daily Beast, Amanda Marcotte acknowledges that Del Rey’s image is “artificial,” but notes:

The whole debacle demonstrates why it’s such a problem to put ‘authenticity’ up on a pedestal, and why the current trend toward celebrating artifice is such a relief. When audiences clamor for a fantasy of authenticity, it becomes inevitable that people’s real addictions, mental health problems—and yes, deaths—get packaged and sold. That these problems are real doesn’t mean that people aren’t still buying an image created from those deaths to sell records.

An artist’s image and work is a type of story, and stories work best when there are many of them. The story Del Rey tells through her songs, her interviews, and her aesthetic does end up glamorizing mental suffering by portraying it as beautiful and alluring. Frances Bean Cobain was right to criticize Del Rey’s flippancy regarding Kurt Cobain’s death, and the best way to respond to stories whose implications we find inaccurate or even dangerous is to write better ones. Speaking openly and honestly about mental illness and suicide is a good start.

Photo via Tyler Merbier/Flickr (CC BY 2.0)