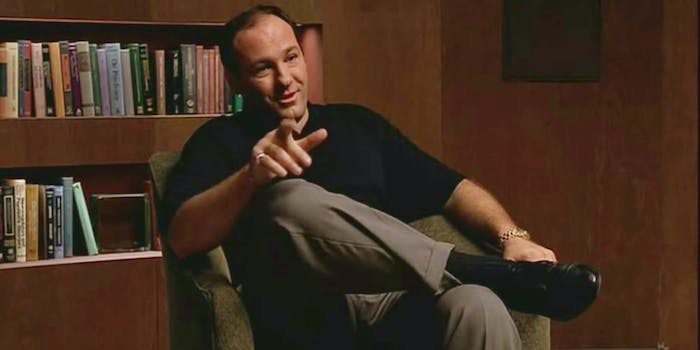 This meme roasts men who refuse to go to therapy

'Men will literally run for president instead of going to therapy...'

As the classic stereotype dictates, men aren’t always the best at dealing with their deepest feelings and emotions. But, we’d be lying if we said there isn’t some truth to it. A quick Google search will tell you that not only are men less likely to seek therapy than women—but women also vastly outnumber men in mental health professions. The disparity is so great that the lengths that men will go to in avoiding therapy are now being roasted in a new Twitter meme.

It’s unclear where exactly the meme originated, but the premise is fairly straightforward. The setup generally goes, “men will,” followed by some absurd or extreme undertaking that guys will go through “instead of going to therapy.” As you can see in the examples below, these excuses can range from quite literal to outrageously extraordinary.

As the meme continued to grow in popularity, many users began riffing off of pop culture. These included everything from the antagonist from the 1995 psychological crime thriller Seven and Game of Thrones to the recurring “Matt Foley Motivational Speaker” sketch from Saturday Night Live and so on.

It should come as no surprise that Twitter’s first main character of 2021, Bean Dad, also got a nod by the “men will…” meme.

But really, men, what’s preventing you from just, you know, going to therapy? The only thing at stake is healthy relationships, improving communication skills, and learning the basic tools to cope with your problems.

‘Why are you dressed like that?’ became the perfect holiday meme

This ‘men if you’re smart, what is this?’ meme has dudes guessing what an IUD is