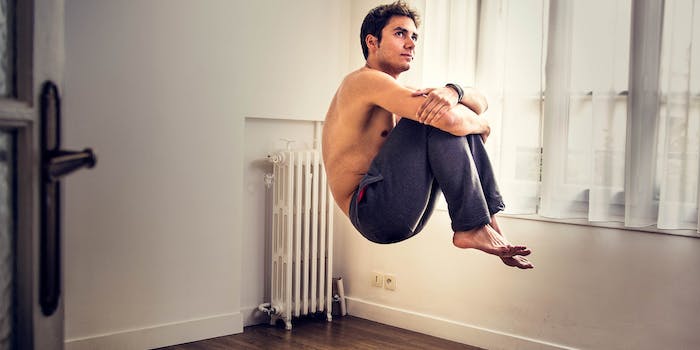 Why are men are still afraid to use sex toys to help them get off?

As someone who writes a great deal about men and male sexuality, I’m continually amazed at how much men let toxic ideas of masculinity get in the way of their own sexual pleasure. To be a man is to deal with a set of contradictory ideas: Men are simultaneously expected to be sexual satyrs—erect and ready to go at any moment—and shamed for doing so at the same time. And one of the most obvious ways that this manifests is in how we view sex with ourselves.

It’s a ha-ha-just-joking-but-no-seriously truism that there are two kinds of men in the world: Men who jerk off and liars. Ignoring the way this emasculates people with low or non-existent libidos, you would think that masturbation would be a relatively uncontroversial topic. However, in a very real way, it becomes another way for men to judge and stigmatize other people for being sexual in a non-standard way. The popular joke is that men, given the option, would stick their dick in just about anything that was warm and soft enough, but any man who uses anything other than his hand is a freak or a loser who can’t get laid.

This is never more true than if he’s someone who uses a sex toy. These days, sex toys for women are seen as a vital part of their sexuality; vibrators have become so mainstream that you can buy them at CVS. A woman who doesn’t have a sex toy of some sort is seen as missing out on pleasure that is her right.

For a man, however, owning a sex toy is a mark of shame. In pop culture, one of the quickest and easiest ways to indicate that a man is a freak or a weirdo is to imply that they use sex toys. In 30 Rock, James Franco is in love with a Japanese body pillow named Kimiko, whereas Lars and the Real Girl casts Ryan Gosling as a loner who believes an inanimate sex doll is his living, breathing girlfriend. An infamous scene in American Pie has Jason Biggs diddle a pastry—underscoring the idea that if a man isn’t sexing it up with another person, then there’s just something wrong with them.

One answer is very simple: Sex toys for men are, frankly, more than a little disturbing. RealDolls hit that perfect space between real and artificial that makes us uncomfortable; the blank expressions and rigid yet unresponsive bodies make using one seem straddling the gap between necrophilia and just straight-up sticking your dick in the uncanny valley.

Men are simultaneously expected to be sexual satyrs—erect and ready to go at any moment—and shamed for doing so at the same time.

Fleshlights, on the other hand, offer disembodied body parts—vulvas, mouths, and anuses—hidden away in containers like souvenirs from a season of Dexter. A vagina in a can doesn’t say “incognito jerk-off session,” it screams, “A serial killer designed this.” Moulds designed to look like Christy Mack’s sphincter or Teagen Presley’s private parts don’t make it better; it feels less like an intimate moment with someone who excites you and more like being a stalker trying to get close to his victim.

Ironically, this puts men in the same position women were in 20 years ago. Sex toys for women used to be almost exclusively in the shape of detached penises of varying sizes; now, women’s toys seem less like body parts and more like objet d’art—with swoops and curls that place form in equal position as function. 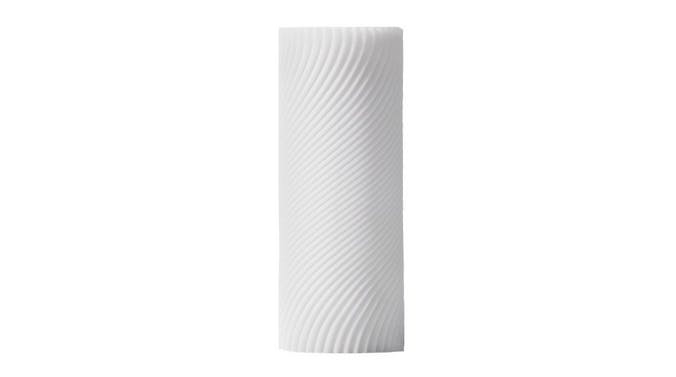 It makes you less of a man

Because toxic masculinity is so breakable and insecure, it’s dependent upon men policing other men’s behavior. Violating the “code” of manhood reveals the cracks in the facade and so must be punished through shaming and humiliation—and occasionally through outright violence. After all, one of the surest ways to prove your own masculine bonafides is to take somebody else’s man card. So those who break the tenets of toxic masculinity need to be forcibly corrected and dragged back into compliance.

A vagina in a can doesn’t say “incognito jerk-off session,” it screams, “A serial killer designed this.”

Thus, somebody who uses a butt-plug or a prostate massager to enhance their orgasm, even with a female partner, is doing something that’s seen as an exclusively gay activity, and undermining their identity as heterosexual men, leaving them at risk for being attacked by others for breaking their sexual rules.

Men aren’t supposed to care about anything more than orgasms

Another issue is that masculine sexuality is seen as comparatively simple. Again, the joking-but-really idea is that a woman’s orgasm is almost impossibly complicated, while a man’s is so basic as to be almost accidental. A woman is the sexual equivalent of a four-stage combination lock, while all a man needs is basic friction. To add more than that seems almost excessive—and unmanly. The idea that men might have sexual needs beyond that complicates the aforementioned narrative that we’re mindless hedonists; exploring one’s own pleasure and sexuality beyond the minimum it takes is “feminine.”

But while men get more familiar with their own arousal and orgasm patterns—thanks to both external genitalia and more permissive rules surrounding sex—they aren’t supposed to explore variety or differences in sensations. Despite the jokes, men don’t all just need someone to grip it and rip it until they orgasm; some men need more stimulation of the glans or the underside of the shaft, while others require greater or lesser amounts of pressure in order to achieve orgasm. Expressing this, however, is seen as being unmanly. It implies that they’ve had too much sex by themselves—and doesn’t that sound lonely and sad?

Even some sex toys buy into the idea that pleasure for the sake of pleasure is bad. Many position themselves as “endurance trainers,” rather than just a tool to get you off. It’s not weird if you’re trying to make yourself a more “manly” lover by lasting forever in the sack.

By willingly inverting the paradigm—being the penetrated rather than the penetrator—they’re taking on the “female” role.

The stigma surrounding male sex toys is frustrating, because it deprives men of pleasure for no reason other than outdated and toxic ideas around male sexuality. Far from being a substitute for a partner, it’s a way of scratching an itch. For someone who has medical or emotional issues that may preclude finding a partner, a Fleshlight or a Real Doll can be a figurative (and even literal) life-saver, giving an option for sexual release to someone it might otherwise be denied to.

But even stripped of any nobility of purposes, there’s nothing wrong with a tool to make someone feel good. Exploring one’s own sexuality, as well as learning what gives you pleasure and how to enhance that, is part and parcel of taking ownership of it. Being more in control gives you a greater emotional and sexual vocabulary, which makes it easier to share that knowledge with a future partner. Having greater control and satisfaction with your solo sex life is inherently a good thing all on it’s own. The sooner we can get rid of the stigma and bullshit shame from sex toys, the more we can allow men to take greater control of their own sexuality.

Now if we could just stop making them look so damn creepy while we’re at it.

Harris O’Malley is a dating coach who provides geek dating advice at his blog Paging Dr. NerdLove, the Dr. NerdLove podcast and The Good Men Project.