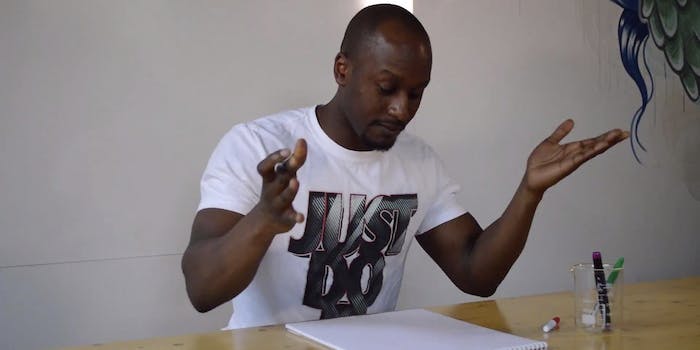 These drawings don't look like vaginas, but they're kinda fun.

Asking a man to draw his ideal vagina will inevitably lead to something incoherent. That said, it also has a near 100 percent chance of being hilarious.

The things the dudes say before putting pencil to paper are so uncomfortable that you almost hope these gents are allowed to leave without attempting to draw anything at all. Some samples:

Oddly enough, the source of this creepy quote also drew the most accurate vagina doodle, which, in turn, further proves that semi-accurate vagina sketches are creepier than those that are flat-out failures. Our favorite? The palm tree vagina.

Not that any of this goes well when the tables are turned. As shown here, women’s penis drawings look like the sharpie artwork scribbled inside a dive bar bathroom.