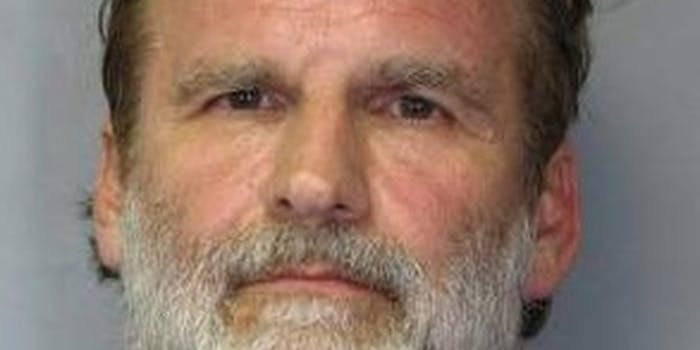 Supporters of Dr. Melvin Morse say that people should celebrate his work, if not his actions.

When news broke that near-death experience expert Dr. Melvin Morse had been arrested for allegedly waterboarding his stepdaughter, most dismissed him as just another kook who’d been accused of doing a terrible thing. But to those in the parapsychology community, the charges against Morse came as a great shock. Morse has done extensive research on the near-death experience phenomenon, especially in children. He has written several books on the subject, including Closer to the Light in which he interviews hundreds of children who were declared clinically dead but returned to life.

Some background on the case: Morse was arrested in July 12, 2012 after neighbors called 911 to report an alleged incident in which Delaware state police say he dragged the girl by her ankle across a gravel driveway and into the house, where he spanked her. During an interview with social services Monday, the girl said that Morse had repeatedly punished her by holding her face under a running faucet, causing water to fill her nostrils, in a process he called “waterboarding.” The girl also told authorities that she didn’t understand what she had done wrong, and that Morse once told her that “she could go five minutes without brain damage.” According to police documents Morse also held his hand over her nose and mouth and told her ”she was lucky he did not use duct tape.” Morse and his wife Pauline were both arrested and released on bail. Pauline Morse is allowed contact with her children; Dr. Morse is not. He pleaded not guilty to charges of assault and endangerment in November.

Since the arrest, Dr. Morse has been a topic of conversation on the Parapsychology and Alternative Medicine Forum, where many, it seems, are reluctant to let the accusations against Morse affect their view of his work. One user writes, “Many brilliant thinkers have acted (to me) in unacceptable ways, but it does not detract from their brilliance. Only from their ability to live a (certain type of) moral life,” and another quickly chimes in: “Yeah, I agree with this. He may be a terrible person or not but his work stands on its own merits.”

One user’s opinion that in light of the accusations, Morses work is tainted, is quickly met with a terse retort: “This will taint Morse to those who are incapable of separating the bad of the man and his good works.” A few others mention meeting Morse at conferences and remembering him as a “nice” and “really mellow guy.” Another implies that the stepdaughter may be lying: “…don’t forget that some children are capable of making one’s blood boil. If that repeats itself over and over again, it is no wonder that even the nicest people may lose their temper.”

The type of misbehavior of which Morse is accused isn’t discussed until much later in the thread. If he had been accused of having an affair or committing tax fraud, his followers retaining a respect for his work wouldn’t seem as outlandish. However, Morse is accused of essentially attempting to induce a near-death experience–the very phenomenon he has dedicated his work to–on a child. Still, a fan wrote, “Morse punishing his daughter by having the faucet running over her face and Morse trying to simulate an NDE in his child are two things. He can’t have been doing both at the same time!” adding that the accusations, if true, amount to “abusive behavior.”

In another thread, users draw comparisons to Mother Theresa and Hitler, asking if Mein Kampfstands on its own merit in light of Hitler’s bad acts, and if the beatified nun’s contributions would be worth any less if she were a serial killer. To accurately assess the merit of Morse’s work in light of the allegations against him, the question must be answered: Was Morse actually trying to induce a near-death experience on his stepdaughter?

Perhaps, as some users on the forum proposed, the good doctor has gone mad. His website, SpiritualScientific.com, with its rambling and cluttered text, is in accord with that theory. Morse, in the pursuit of enlightenment through near-death experience, seems to have lost grip on much in his life. In the conclusion of a breathless article titled My Life a Love Story, which was removed from the site following his arrest, Morse wrote “In my personal life, I have fought custody battles, and tried to pull my children close to me, only to see them torn apart by the process. My heart is broken. I love the crying woman, and our children, but know I love them with a heart that can no longer love. I only have my Big Idea, and my obligation to the crying people who have lost children.”