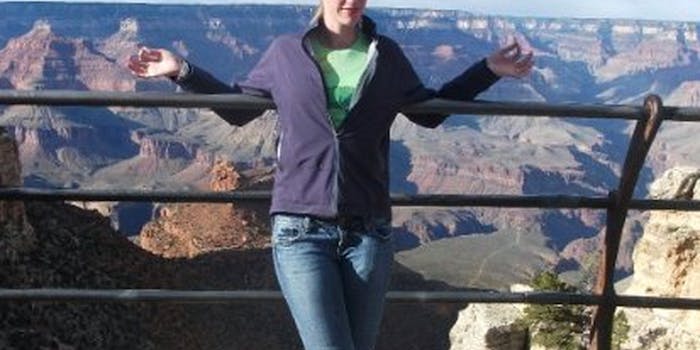 Teacher who taped her students’ mouths shut might get fired

Melissa Cairns, a middle school math teacher for Buchtel Community Learning Center, has until Jan. 26 to respond to allegations.

An Ohio teacher was accused of duct-taping students’ mouths and posting pictures of the incident to Facebook. Now she could be fired.

Melissa Cairns, a middle school math teacher for Buchtel Community Learning Center, has until Jan. 26 to respond to allegations from Akron Public Schools Board of Education. Cairns has been on paid leave since Oct. 19, when the pictures surfaced.

Emphasizing that the picture was a joke, Cairns told WEWS-TV that her students encouraged her to take it. She said a student placed the tape on her mouth and laughed and eight other kids joined in putting the tape on their faces.

“Do I feel that this one stupid mistake should cost me the last 10 years of all the good I’ve done? Absolutely not,” said Cairns.

She posted the picture under the caption “Finally found a way to get them to be quiet!!!,” and says she thought her Facebook settings were set to only viewable to her friends. A school employee noticed the picture and alerted a school supervisor.

“That was clearly my huge mistake. What I did was stupid and not well thought out,” Cairns said, adding that the picture was taken down. She’s been employed with the district since 2007.

Akron School Board President Jason Haas said the process of marching toward Cairns’s punishment started on Jan. 14, when the board voted to pursue termination. Her attorney filed paperwork Tuesday to appeal the decision.

Haas is concerned with privacy issues of the seventh- and eighth-grade students’ faces being exposed on Facebook and the way duct tape was used in the classroom.

“Students are protected under federal law and they have certain protections. … It looked like that potentially violates those protections,” Haas said to the Akron Beacon Journal. Cairns called those claims “ludicrous.”

“I would never in a million years do anything to harm students,” Cairns said.