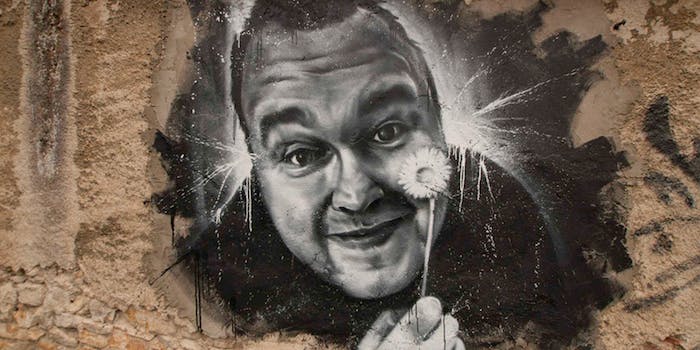 If you want to download the Liberator, you'll have to go elsewhere.

You can easily find plans to make a gun using a 3-D printer on the Pirate Bay. If you put those plans on Mega, however, founder Kim Dotcom is going to take them down.

“I think it’s scary that people can print 3D guns that can’t even be detected by metal detectors. This should concern everybody,” Dotcom said in a statement obtained by Techcrunch.

Possession of the plans became a hot topic after nonprofit Defense Distributed posted video of a working Liberator, the organization’s working, plastic gun, which can be created with just a 3-D printer and a nail. The Justice Department demanded the group remove the downloable plans for the weapon from the Defense Distributed site. Of course, pirates have a tendency to share controversial files, and thousands of users quickly downloaded and hosted the Liberator on the Pirate Bay.

But not Mega. While normally both a vocal advocate of free speech and a constant critic of the U.S. government, Dotcom took to Twitter Tuesday to defend his anti-gun stance and encouraged others to follow suit with promise of $99 Mega vouchers.

Hey 3D gun printing fans, it’s OK if you disagree with #Mega‘s takedown of gun printing links. I can’t force you to be right.

#3DprintedGuns is trending. LOLGiving away 30 #Mega 99$ vouchers via DM now :-)You rock!

The decision might have had more to do with the legality of the weapon than Dotcom’s personal opinion.

“Mega is subject to New Zealand law,” CEO Vikram Kumar told the Daily Dot, referring to where the company’s based. “Our legal advice is that a possible interpretation of applicable law prohibits Mega from storing files that could lead to the manufacture/supply of weapons.”

It’s unclear if the site would include privately encrypted versions of the plans, which, in theory, the staff wouldn’t be able to ID.

“To delete such files, Mega needs to be provided with a link to the file and either a Court order or the decryption key,” Kumar explained, indicating that most Liberator uploads were made publicly available, rather than privately encrypted.