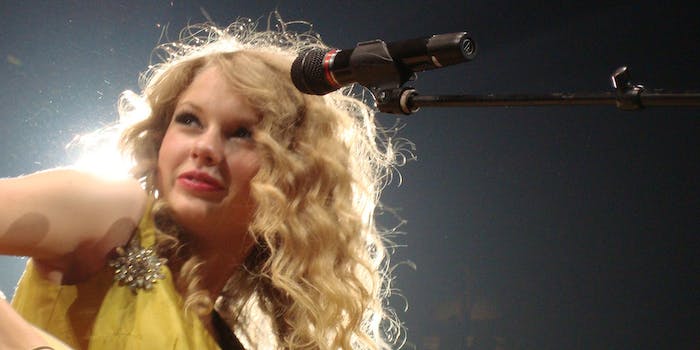 The real reason Meerkat and Snapchat have taken over social media

If you're suddenly hearing all about the rise of Meerkat, there's a reason for that.

Of all the innovative weirdness (or just plain old weirdness) that typically comes out of SXSW, few things in recent memory have made as many waves as Meerkat. The app, which harkens back to our old obsession with live webcams, enables anyone to start a livestream from their smartphone and announce it to all of their Twitter followers.  Meerkat and its CEO Ben Rubin grabbed the SXSW festival by its lumbersexual beard after presenting last Friday, quickly netting hundreds of thousands of new users and intense levels of curiosity and hype among the media.

Part of the air was let out of that fast-rising balloon, however, when Twitter blocked Meerkat’s access to its social graph, meaning Meerkat users can no longer send push notifications announcing when a livestream has started (Twitter pulled the service due to a supposed-to-be-a-secret attempt to build their own livestreaming service called Periscope). While not seemingly a big deal, Meerkat streams are rather hard to find without this feature, especially when you consider that, unlike Twitch or YouTube, once a stream is over, no record of it can be found.

That tiny little aspect of Meerkat, the catch-it-or-you’ll-miss-it nature of its streams, is directly tied to one of the great social media success stories of the last few years: Snapchat. Both are built on the innate hunger of the socially savvy to be present for each must-see event. Unlike Twitter, Facebook, or really anywhere else on the Internet, Meerkat and Snapchat are not allowing users to relive a moment they’ve missed. It keeps users tied to the app and incentivizes obsessive checking in a way traditional social media could only dream of.

This rush for so-called “ephemeral media” is a distinct change from the way the Internet has behaved for more than a decade. Facebook, for example, is about archiving your life history in one place: Your Timeline literally starts at your birth and organizes events from there forward. What Snapchat and Meerkat are offering is a fly-by moment that can never be retrieved again.

In a way, both companies are flying in the face of what we’ve always known about how people use the Internet. Who wants to receive photos if they can’t save them? Everyone has a photo album with unlimited capacity in their pocket; why would anyone want to abandon that capability? Meerkat is even stranger, dragging its users to scheduled viewing just as the first generation of cord cutters rises to dominance. The first TiVo came out over 15 years ago—get with the program, Meerkat.

Except these apps are grabbing what was great (and profitable) about experiencing culture before the Internet saved everything for your convenience. When David Copperfield made the Statue of Liberty disappear or O.J. Simpson drove away in a white Bronco, you either saw it happen or had to hear about it and hope someone taped it. When your friend spilled a drink at the bar on that girl and she freaked out but everybody laughed, you were either there or square. Live, uncapturable events compel you to watch TV in the same way that spontaneous moments of fun compel you to go out with your friends.

This is one of the reasons television of late has bent so heavily on “event” scheduling. Come watch Peter Pan Live! Come watch a guy get eaten by a snake (or not)! Networks understand that people love watching TV with Twitter or Facebook in their palm, experiencing live events together. It’s the merger of the societal pressures that make you stop at a “BREAKING NEWS” chyron and the social pressures that make you go out even when you don’t really feel like it.

This Fear of Missing Out is arguably what has made Snapchat into a massive success with a recent valuation of $15 billion, not bad for a company that turned down Facebook’s acquisition offer of just $3 billion. They’ve incentivized social circles with that same expectant need to constantly be present. Sure, snaps can be saved through third-party apps. But most of Snapchat is largely a day-to-day experience that can never be replicated.

Because of its ease of use and lack of memory of prior streams, Meerkat could reasonably profit off of the same social pressures that has made Snapchat mainstream. As opposed to a service like Facebook—where you can check in any time of day and find out what your friends are up to through composed status updates—Meerkat could bring the excitement of live television to social media in the same way Snapchat brought the peer pressure of live events to social media.

And much like the temporary content that came before the Internet, Meerkat will soon be filled with brands. Last month, Snapchat unveiled Discover, a platform like Snapchat Stories that allows services like Comedy Central and CNN to post a collection of snaps and videos available for 24 hours. One can easily imagine Meerkat being used for exactly the same purpose. If people are willing to follow DiGiorno Pizza on Twitter for cheesy jokes (pun not intended but wishes it were), they’ll surely follow brands and celebrities through a livestream for exclusive content—say backstage footage of a Taylor Swift concert or post-game interviews with Richard Sherman.

Unlike live television, however, Meerkat cannot be recorded (at least not yet). The incentive is very similar to that of Snapchat: Be present on the app at all times or risk missing out. Whether Meerkat can survive losing its access to Twitter is yet to be seen, but there is a solid foundation for a real success story. Livestreaming is huge, especially for Twitch, but no app is as poised to manipulated users’ innate pressure to be on top of the latest and greatest as Meerkat. No app, that is, since television.