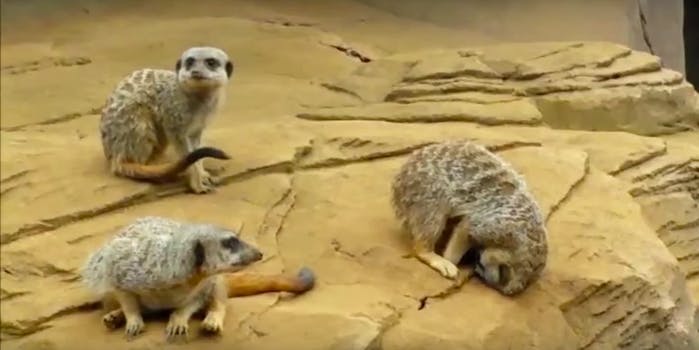 For those about to fall off a rock, we salute you.

We’ve all fallen asleep in the wrong place: at work, at a wedding, while transferring millions of dollars from a bank account. But the the edge of a rock has to be one of the worst choices possible.

This little guy was meer-ly trying to catch some shuteye when he ended up somersaulting off the top of this rock, much to the amusement of the people filming him.

What’s worse is that his buddy clearly sees it’s about to happen and doesn’t lift a finger to help.

Aren’t these supposed to be social animals? Guess he needed a laugh as much as the rest of us do.H/T Arbroath | Kyoot Animals/YouTube