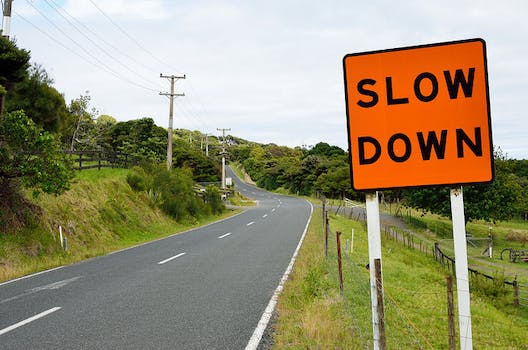 Why we badly need a slower Internet (and fewer lists)

Glossy snippets of celebrity photo galleries and listicles are not only making us dumber, they are short-changing the potential of the Internet.

Slow is in. Slow food, slow cooking, slow parenting, slow fashion. But what about the slow web? Can there even be such a thing? And what might it give us that our current Internet doesn’t?

There’s something in the air that is starting to signal a general disgust with the way the Internet is headed. Some studies shows that the compulsive smartphone checking and multi-tasking we now so regularly do may actually make us dumber. Writers and readers and developers are growing fed up with dishing out and being dished parceled glossy snippets of information in list form: Top 10 Celeb Nip Slips! and 48 Photos Of Shocked Puppies! and Worst Teen Facebook Pages! and even Best lists of the Internet!

There’s a groundswell, a craving for more substance, cultural weight and analysis. Sites and apps such as Longreads and Instapaper serve as a gateway to a more carefully considered web, not consumed in the span of a five minute window between answering emails, but over a long sitting, lingering over the page, with pauses for consideration.

The mechanism for the fast web is already largely in place and threatening to be all-consuming; slowing it down will take a revolution against the way online media is headed.  Maura Johnston, former music editor at the Village Voice and creator of the more carefully-considered Maura Magazine, suggested to the New York Times that her decision to leave the Voice was based on a dissatisfaction with the establishment’s eagerness to satisfy the masses with clickable lists and slideshows, both of which translate into more pageviews:

Giving in to ‘the Darwinistic page-view coverage of anything,’ she said, ‘is damaging to culture as a whole.’

We’d all be wise to pay more attention to the dangers of this trend. Like the motion picture industry’s descent into a reliance on regurgitated remakes or sequels or comic book tie-ins, our Internet has become something different from what we ever imagined it to be: a feeding trough instead of a roundtable.

Part of the growing distaste for this glossy tabloid-esque culture of snippets is that we are aware of how different it can be, and in fact how it once was. We suddenly seem to have a burning nostalgia for the way the web once was: a quiet conversation, a corner you would retreat to at the end of the day (or in the middle of it) to hear a funny story, told to a select few, heard, appreciated, and often related to a few more, like small-town gossip at the barber shop. Not what we have now—a chaotic, overcrowded Times Square where buskers and blinking neon ads and panhandlers vie for our attention. The small village of the Internet we once lived in: where has it gone?

Last June, blogger Jack Cheng wrote about about “The Slow Web Movement.” In it, he also describes the “Fast Web” we have today:

It’s the out of control Web. The oh my god there’s so much stuff and I can’t possibly keep up Web. It’s the spend two dozen times a day checking Web. The in one end out the other Web. The Web designed to appeal to the basest of our intellectual palettes, the salt, sugar and fat of online content Web. It’s the scale hard and fast Web. The create a destination for billions of people Web. The you have two hundred twenty six new updates Web. Keep up or be lost. Click me. Like me. Tweet me. Share me. The Fast Web demands that you do things and do them now. The Fast Web is a cruel wonderland of shiny shiny things.

In the other corner, according to Cheng, is The Slow Web Movement. It’s based on entrepreneur Walter Chen’s philosophy of putting prioritization before speed, value before addiction, and friendship before networking. The Slow Web Movement as envisioned by Chen is meant to be applied to web businesses, but the philosophy extends beyond the practice of a business and into the lives of us long term users: that we need to pare down, increase value of online relationships, and prioritize. From the user end, this can be done in two ways: by limiting our patronage of the fast web, or by finding ways to use the fast web differently.

This is easily said, but not as easily done. Twitter and Facebook might be two of the most obvious manifestations of the fast web. So what if we were to use them not as quick bursts of social trough-feeding, but instead as beds for cultivating grander ideas? As contributors, what if we treated them like think tanks for the development of not just concepts, but stories, art, and other forms of expression? As consumers, what if instead of dialing in every day to discover these bursts as they happen, moment to moment, we returned less frequently to visit select feeds, reading them the way we would a book, watching one person’s narrative unfolding over the course of months or years to its natural plot conclusion?

The problem, of course, is the current goal of the fast web is to thwart this type of usage. Slow usage = low page views = website death. The fast/slow web dichotomy is not a fair battle; it’s not even David and Goliath. It’s do or die. And so, on one end you have everything that the biggest sites of today represent: growth, addiction, networking. On the other, you have everything that we lament about having lost from the early days of the Internet: relationships that matter, valuable content (if not in commercial terms, then in terms of value to individuals and culture), and potential for new friendship.

To anyone who spent time on the Internet in the late nineties or even the early ‘naughties, this will sound hauntingly familiar. Forgetting the flame wars and spam that have always been a part of the Internet (two things we’ll never get far away enough from to be nostalgic for them), this is how it once was: small, valuable, and full of intimate personal circles. Not a river of obligatory connections, but rather a tool for potential ones.

For now, as Cheng writes, it’s keep up or be lost. Back in the day there were fewer roads to travel, fewer places to get sidetracked or lost. It’s impossible to erase all the roads that exist today, the interstate highways of Facebook and Twitter and BuzzingtonGawkfeeds. Instead we need to create our own maps, and take a little longer to travel down those roads. Just as old men in towns reminisce for the days when they had to walk five miles to school through the snow, perhaps we too will return to the slower side of the Internet: the dial-up drudgery that made us choose very carefully who and what we were going to read that day.

Maybe we’ll find that slower approach despite the mad dash for the commercialization of information: a focus on the few, not the many; a rejection of commerce and demand; embracing the value of less. Maybe the focus on substance will reemerge slowly and in small ways—a growing appreciation for a story composed carefully or a well-researched article. But in order for this to work, lest we get swept up by the tsunami of the fast web, we need to choose more, and be passive recipients less. The more we filter out the CLICK ME Top 10 lists, the more we re-envision how we use social media, the more we can return to the richer roundtable discussion that the Internet has always promised us it would someday be.

Zan McQuade is a writer, editor, photographer, translator, and baseball enthusiast living in Cincinnati, Ohio. Her words and images can be found at www.thatcupoftea.com