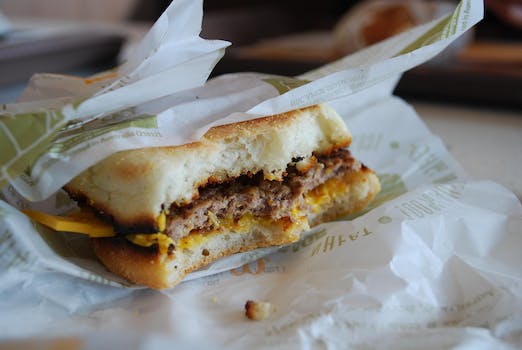 Man caught smuggling a McMuffin into prison for girlfriend

To those who say chivalry is dead, I say: Look to this dedicated man who was caught trying to smuggle a care package to his girlfriend in prison by using a fishing line. Sure, there were drugs and a knife in his little love kit, but also the international sign of true love—an Egg McMuffin.

Unfortunately, the romantic gesture was caught on CCTV, much to the delight of the prison guards.

Though it’s unclear what Lisa Mary Hutchinson, 26, is in Wormwood Scrubs prison for, her boyfriend Karl Jensen, 27, seems to have only made matters worse: Now both of them have been sentenced with crimes related to the smuggling. The Egg McMuffin also wasn’t the only snack. There was a Kinder surprise egg containing five SIM cards and some vodka. Combined with the marijuana and cocaine, that makes for a hell of a party.

“This case serves as a strong reminder of the very serious consequences of smuggling prohibited goods into a prison,” said Detective Constable Andy Griffin. It’s also a reminder of the lengths people will go for McDonald’s breakfast, especially since the U.K. hasn’t gotten the all-day breakfast menu yet. Do you see the madness a 10:30am cutoff causes, McDonald’s?