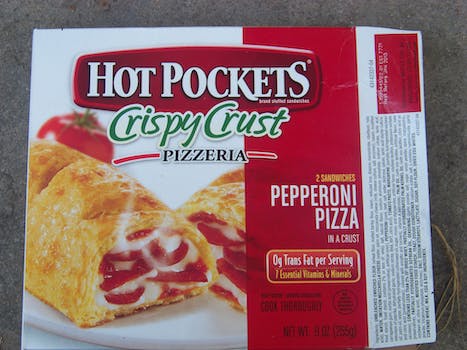 Mayor Cory Booker's tweet to a Hot-Pocket-hungry constituent led to free Hot Pockets for Newark in the wake of Hurricane Sandy.

Newark, N.J. mayor Corey Booker continues to build his “good guy” cred on the Internet— and this time, he’s doing it with Hot Pockets.

Booker, who has made headlines in the past for personally assisting his constituents, noticed a Nov. 1 tweet in the wake of Hurricane Sandy made by user Tyree Humes. The tweet read:

“@CoryBooker a my nigga i m running out of hotpockets to put in the oven.”

“I believe in you. I know this is a problem you can handle.”

Upon seeing the exchange, the Hot Pockets division at Nestlé itself took action. In a letter dated Nov. 3, the company offered the mayor free coupons for anyone he felt could use them. Additionally, Humes received a number of coupons as well.

Booker tweeted his thanks to both the corporation and Humes.

“.@DAT_NIGGA_REEE thx 2 ur tweet + @HotPockets generosity Newarkers now have plenty of hot pockets to put in the oven,” Booker tweeted, adding a photo of himself holding a Hot Pocket.

Booker and his city, now knee-deep in microwavable sandwiches, earned accolades and criticism alike on Twitter.

“This hot pockets incident? One of many reason @corybooker is the country’s best mayor. Good things just happen for ppl when you keep it real,” tweeted Jonathan D. Evans.

“Don’t worry Newark NJ you may have no power from a hurricane but mayor Cory Booker got you free coupons for microwave hotpockets,” tweeted Billy O’Keefe.

It does not appear that residents in other cities affected by Hurricane Sandy, including New York, Philadelphia, and Baltimore, requested Hot Pockets from their own mayors, and no one on Twitter appears to have taken the demand for the “hot meal without a big deal” to the President or any federal agency.