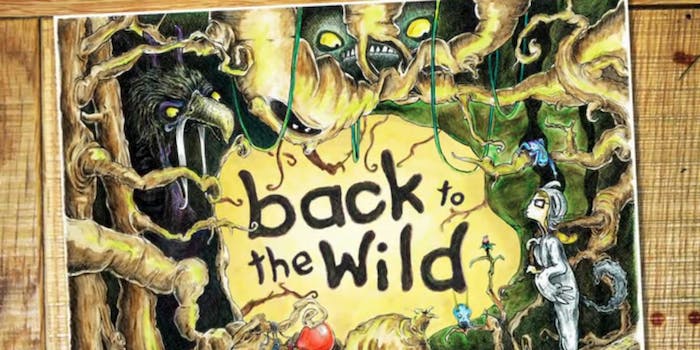 The “Wild Things” sequel is never going to happen

The Maurice Sendak estate sent this Kickstarter campaign to its room without any supper.

The efforts of two British artists to create a sequel to Maurice Sendak’s classic children’s book Where the Wild Things Are have been thwarted by the late author’s publisher.

On May 28, 2013, Geoffrey O. Todd and Rich Berner launched a Kickstarter campaign in hopes of raising £25,000 ($37,250) to produce Back to the Wild, a story starring Max as a 30-year-old and his young daughter Sophie.  The pair were hoping to launch the book to mark the 50-year anniversary of Where the Wild Things Are‘s publication, as well as to celebrate the life of Maurice Sendak, who passed away in May 2012 at the age of 83.

But the hopes to honor the late author were dashed when HarperCollins filed a Digital Millenium Copyright Act (DMCA) notice with Kickstarter.

“The infringing material is a proposal to create a ‘sequel’ to Where the Wild Things Are, entitled Back to the Wild, using the characters, scenes and copyrightable elements of the original work,” the notice read. “Any such unauthorized “sequel” would clearly violate the Estate’s right to create derivative works.”

The popular crowdfunding site subsequently took down the project page from its servers, though it can still be viewed via Google cache.

Even if Kickstarter hadn’t yanked the project, the probability of Back to the Wild being successfully funded were slim. While the campaign was live, the duo only managed to collect £694 ($1,034) from 20 backers.

In a 2011 interview, the loveable curmudgeon said that he had no intention to make a sequel to Where the Wild Things Are.