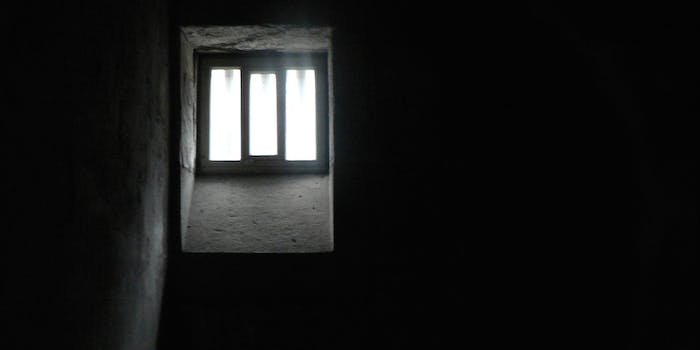 Photo by Aapo Haapanen/Flickr (CC BY 2.0)

Child pornographer with 2 million photos sentenced to life in prison

Matthew Krapf had been abusing teenage boys for almost a decade.

A Pennsylvania predator was sentenced to life in prison on Thursday for multiple counts of child pornography possession and enticing minors to engage in sexual acts.

Authorities say Matthew Krapf, 45, of Collegeville, Penn., coaxed minors into sexually explicit video chats. In one case, he convinced a 13-year-old victim to meet him in person and they engaged in a sexual act together. The act was recorded and later distributed online.

Krapf was arrested when in October 2013 detectives posed as one his 14-year-old victims online and made arrangements for Krapf to meet at the victim at his parents’ home for sex. Upon seizing Krapf’s property, police discovered computers, cell phones, and DVDs containing more than two million images of child pornography. More than 100 additional videos were recovered depicting the defendant’s sexual acts with teenage boys.

The trove of evidence is believed to be the largest ever seized in the eastern Pennsylvania, according to U.S. Attorney Zane David Memeger.

“This predator used the internet to identify and begin the process of sexually exploiting his numerous victims,” said Memeger in a press release on Thursday.

“He then took full advantage of his vulnerable victims through a series of horrific sexual assaults over several years.  His post-arrest admissions provide disturbing insight into the methods he used to entice his young victims for his criminal gratification.  The sentence handed down today is the only way to guarantee that he will never again victimize an innocent child.”

Authorities said Krapf confessed to meeting and engaging in sexual acts with one of his victims, a 14-year-old boy, at least eight times over the course of 2013, as well as two other minors that summer. He admitted to abusing at least four other underage boys, the Justice Department said, as far back as 2005.

“The heinous crimes this pedophile committed are something his victims will have to deal with for the rest of their lives, but the community will now be safe from this menace,” said John P. Kelleghan, a special agent involved in the case.

Kelleghan credited cooperation between the Limerick Police Department, the Homeland Security Investigation, the Montgomery County District Attorney’s Office and the U.S. Attorney’s Office of the Eastern District of Pennsylvania with Krapf’s capture.

Photo via Aapo Haapanen/Flickr (CC BY 2.0)