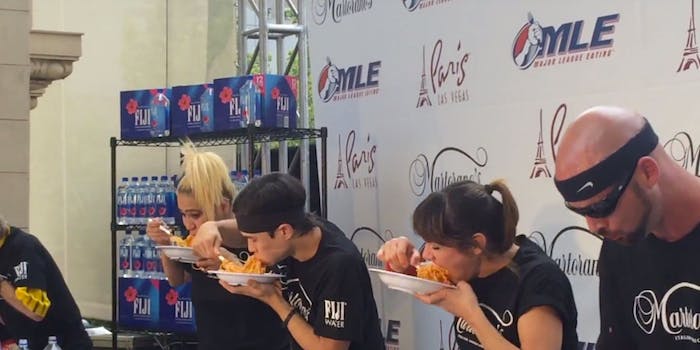 You're probably going to dry heave just watching him.

Earlier this year, the bottomless pit known as competitive eater Matt Stonie inhaled an 18-inch burrito in less than two minutes. For his next trick, he did something even more confounding.

Yesterday in Las Vegas at the Martorano’s World Pasta Eating Championship, Stonie, the No. 1 ranked competitive eater in the world, managed to down 10 pounds of pasta in eight minutes.

Stonie, the man in the middle wearing the black headband, took home the title on #NationalPastaDay, and set a new world record. Take note of his technique the next time you think Olive Garden’s Never Ending Pasta Pass sounds like a good idea.