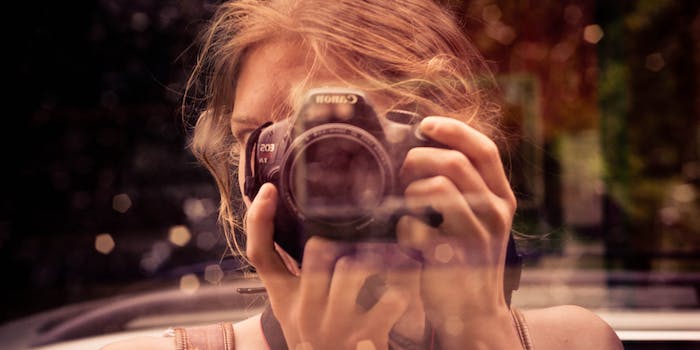 Selfies: priceless. For everything else, there's Mastercard.

The selfie has become an industry juggernaut, but one element is often left out of its story: the trendsetters who made it happen. Without these early adopters, the landscape of communications in particular would look radically different, especially for social media. Teens and young adults are typically the driving force behind the failure or success of services and trends, but they’re rarely given credit for their contribution.

The selfie is the latest example of that phenomenon, as it’s poised to go from the much-maligned tool of self-indulgent teenage girls to a new security feature for Mastercard. As the payments processing firm evaluates the evolving landscape of fraud and identity theft, implementing biometrics—or “technologies that measure and analyze human body characteristics”—is a key way to bolster its security measures, and the selfie stands out as one of the easiest and most accessible.

A growing number of consumers carry smartphones, most of which include cameras with a high enough resolution to snap photographs that can realistically be used in biometrics. Advanced facial recognition—like that used on Facebook—allows for extreme reliability. Customers, in other words, are already carrying around the tools Mastercard needs to implement a biometrics program. Duckface suddenly doesn’t seem so frivolous.

The real lesson from Mastercard’s security upgrade is about the culture behind selfies. Selfies are far from the only product of the Internet age to take a winding and often complicated path to mainstream success through the actions of early adopters—this is, after all, the point of early adopters. But it’s notable that the attitudes about those who stand at the forefront of selfie culture isn’t just about confusion over this weird new trend or its implications for How We Live Now. It’s a comment on those young people themselves—particularly teen girls.

In a 2014 piece for Everyday Feminism, Erin Tatum explained that our opinions of selfies tend to be oddly reflective of our opinions of women: “It’s not a coincidence that many of the unsavory personality traits associated with a selfie obsession—being superficial, vain, lazy, or desperate—are also commonly used as misogynistic insults against young girls.” However, such patronizing attitudes tend to shift as soon as people realize how services and trends can be monetized, pushing them into the mainstream.

Before the selfie trend took off, Twitter stood out as a notable example of a service that underwent a rapid evolution as its user demographic shifted. Early adopters included members of the tech industry inclined to experiment with new services, along with teens and young adults—and the wider social response was a dismissive assumption that Twitter only served to feed self-centered status updates. Critics suggested that few people would want to read 140 character descriptions of what someone ate for breakfast.

In 2009, staff members at the Week wrote: “Many see Twitter as the latest example of the self-indulgent, 24/7 exhibitionism that has been honed to a fine art in chat rooms, and on Facebook and other social-networking sites.” Echoing the criticisms of the “narcissism” of taking selfies, Lifehacker echoed the notion that Twitter was “self-indulgent” in a 2011 piece.

Today, a Twitter presence has become not only ubiquitous, but nearly required. In a 2010 essay for Psychology Today, Dr. Stephanie Sarkis explained that the service particularly effective at advertising brands and businesses, as well as helping them connect with consumers. This is why most corporations have a Twitter presence, as do a number of celebrities; even the pope and the president even have Twitter accounts. Twitter isn’t just an island of misfit techies and bored teens anymore.

Tumblr, too, has undergone such a shift. Outsiders may look at the site as a churning maelstrom of teenage girls exchanging .gifs and looking at cat pictures, but there’s a strong corporate presence on Tumblr—with brands from IBM and NPR to Bergdorf Goodman tapping into the site’s user base with targeted youth-friendly marketing. While average consumers might not be sold on Tumblr, their corporate overlords are—and the same has happened with Pinterest, which just enabled a feature allowing people to buy what they see pinned, an unsurprising move for a service that couldn’t have found a more obvious and poetic way to monetize itself.

Facebook underwent a similar cycle. After the platform was opened the public, the site was rapidly categorized as a tool that would only be used by self-absorbed millennials. In 2011, professor Christopher Carpenter warned that it “offers a gateway for hundreds of shallow relationships and emotionally detached communication.” Say what you will about their shallowness, but those relationships are undeniably profitable for businesses—as Facebook has become similarly obligatory for brand marketing. It’s a reminder that kids aren’t vacating anyone’s lawn in the near future, and they brought some friends with them.

At the same time the selfie has become essentially unavoidable, it’s remained the subject of snobbery as older adults and men still sneer at it as the provenance of women and teens, writing it off as evidence of vanity. That’s changing with MasterCard’s move, which uses the selfie as a mode of social engagement.

In a not-too-distant future, you may need biometrics to access your bank account or conduct financial transactions, and that could mean taking a selfie. Personal photography could become a tool with much broader applications thanks to their ease of use and a likely inevitable service that creates applications designed to feed camera data into corporate and government databases for the purpose of identity verification.

The little selfie is all grown up, but the teenage girls who put it on the radar will remain forever out of focus.

Photo via porschelinn/Flickr (CC BY 2.0)