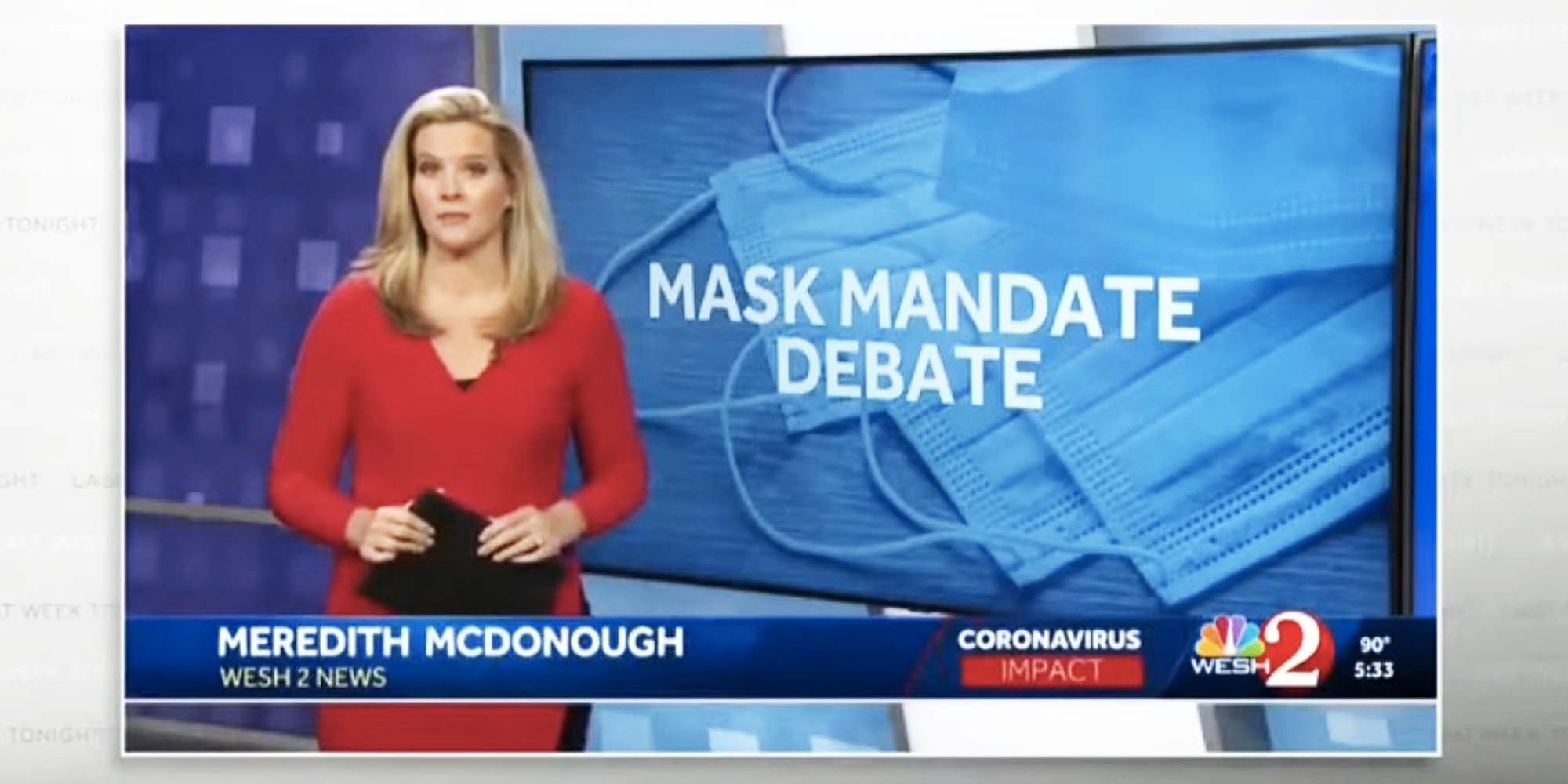 A while ago, if you wanted to hear someone say a stealthily vulgar phrase like “Seymour Butz” or “Harry Azcrac,” you’d have to prank call the local tavern owner or slip a goof name into graduation roll call. But now, as the coronavirus pandemic is causing even the most rational among us to lose our minds, local news anchors just can’t stop saying “mask debate.”