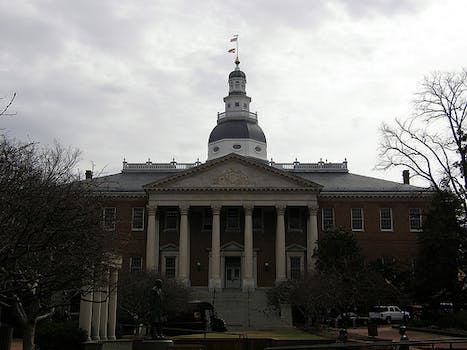 There's no need to worry about handing over your Facebook password to an employer anymore—at least if you live in Maryland.

Employers can no longer coerce job applicants into handing over their Facebook passwords, at least in Maryland. The state passed a bill that would ban the practice on Monday afternoon.

The bill passed in both houses of the Maryland General Assembly. It had unanimous support from Maryland’s Senate and only 10 votes against it in the House, according to the Daily Caller. The bill will take effect after Maryland Gov. Martin O’Malley signs it into law.

The practice of employers asking for applicants’ Facebook passwords first made headlines after the American Civil Liberties Union (ACLU) took up the case of Robert Collins, a Maryland corrections officer.

Collins had taken a leave of absence following the death of his mother. When he returned, his job had been filled. When he began the process of looking for a similar position in 2010, an interviewer at the Maryland Department of Public Safety and Correctional Services coerced Collins into handing over his Facebook password.

After the ACLU went public with Collins’ case this February, it quickly garnered support from Facebook itself and lawmakers across the country. The Maryland Department of Public Safety and Correctional Services—the only agency named to be engaging in this activity—suspended the practice during the case. Now, it seems they will never permit it again.

Though there is no word of the practice occurring anywhere else, policymakers are going forward with legislation comparable to Maryland’s. A similar bill is expected to be brought forth in the U.S. Senate in the near future.