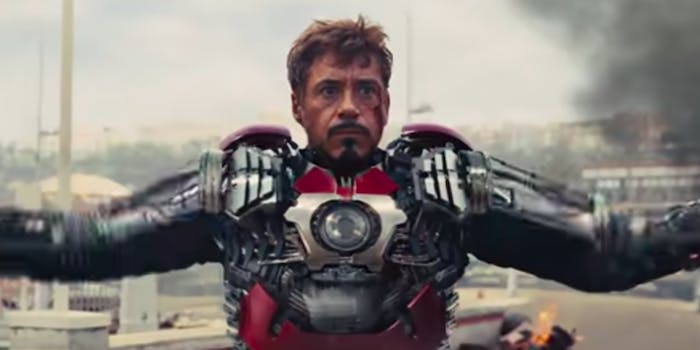 A Marvel cinematic universe fan made a list of the correct order to watch the long catalog of superhero movies — along with some brutally honest commentary.

It has gone viral, for all the right reasons—mostly because it’s so accurate.

It began when Victoria Aveyard, the New York Times-bestselling author of the book Red Queen, was asked by her roommate to create a checklist of the perfect order in which to watch the films.

From that request, this beauty was born.

when your roommate asks for a Marvel watch list with commentary pic.twitter.com/a4v91EQGvW

The advice is brutally upfront, and gives potential viewers a sense of the films before they even get started.

She calls Iron Man, “the granddaddy of them all,” while Iron Man 2 is “trash.”

And for Thor, well she advises to just ignore Natalie Portman, who played Thor’s love interest Jane Foster in the first Thor movie. She appeared later in Thor 2: The Dark World, which Aveyard calls “silly.”

She goes on to call the Guardians of the Galaxy “fun,” and describes Doctor Strange as “if House was a Wizard.”

Oh, and if you’re thinking of watching Incredible Hulk at all…just don’t.

Aveyard wrote that her comments were intended to guide her roommate, who doesn’t like war.

IF HOUSE WAS A WIZARD.

IT CANT GET MORE ACCURATE THAN THIS https://t.co/zKHeWmPTNu

This list is made valid by "Michael Keaton is BDE" https://t.co/ky3wZTEvuI

No, seriously. I'm a solid Iron Man fan and I can say that IM2 was a filler and IM3 could've been better. https://t.co/2zrpKVhXjD

This is great writing, literally you have great penmanship

Others offered up their own tips and tricks to navigate the franchise.

Careful not to watch the post-credit scene on Ant Man and the Wasp. Spoils Infinity War.

If you’re going to watch it as a series, go in storyline chronological order. Not on ratings or popularity.

i can confirm that most of these comments are accurate, minus the iron man film insults ://// we stan tony always and forever https://t.co/b7Y4n5Mah3

The latest film in the Marvel cinematic universe,  Avengers: Endgame, recently drummed up some attention—and not in a good way. Fans couldn’t see actress Danai Gurira’s name on the original movie poster although her character, Okoye, was clearly visible.

Fans called out Marvel for using a Black woman’s image but not crediting her as highly as other characters. Marvel has since updated the movie poster.