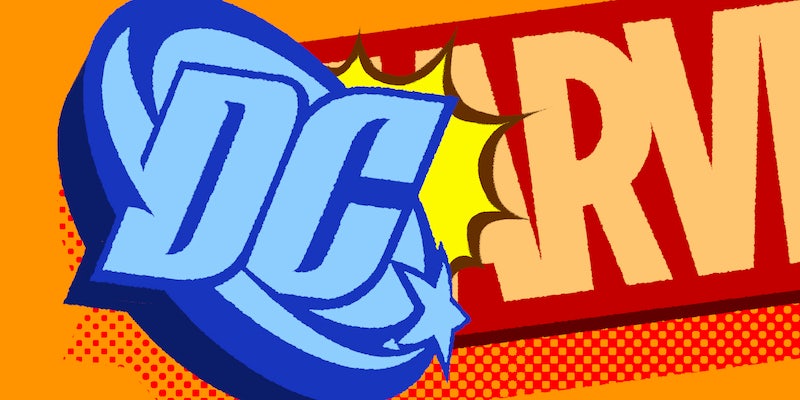 Marvel needs to get its head in the (video) game

In the battle of comic book behemoths, Marvel appears to be winning the war. They’ve made more movies than DC Comics, with smaller budgets and bigger profits. They sold twice as many comic books last month. Spiderman has surpassed Batman as the most popular merchandising character, selling over over $1.3 billion in products by himself. And while DC is struggling to play catch-up by releasing two new movies each year, Marvel’s upped the ante with plans to release three a year.

However, there is one field that Marvel can’t hold a Human Torch to–video games. It’s because they’re not trying, even though they should.

DC Comics is killing it in the video game industry. Over the past five years, Warner Bros. has released several best-selling video games, including the Batman: Arkham series, whose latest game, Batman: Arkham Knight, sold over 5 million copies in 2015. As we speak, Warner Bros. is working on two unnamed console games believed to be linked to the upcoming Suicide Squad and Justice League films.

Meanwhile, Marvel appears to have given up on gaming entirely, or is at least taking a massive break from it. In 2014, Marvel Games pulled several of their Activision and Capcom titles from Steam, including a Deadpool game that had only been out for six months. Since then, they’ve been mostly releasing mobile games, like the disappointing Marvel: Avengers Academy, out this week. Then, of course, there’s the occasional Lego or Disney Infiniti release, which cobbles together stories and audio from different Marvel movies under the guise of original gameplay.

There is one field that Marvel can’t hold a Human Torch to–video games. It’s because they’re not trying, even though they should.

At last year’s San Diego Comic Con, Marvel Games producer Mike Jones promised some new games eventually, but no word what, how or when. As of now, Marvel has no new console games on the schedule. Marvel just doesn’t care about making video games that sell.

Another reason is licensing partnerships. Apart from mobile releases, Marvel’s only been putting their characters in Lego and Disney Infiniti games. DC Comics has not only followed similar paths, with several Lego games under Batman’s belt, but they’ve also branched out and created video game ties with other more unique games, like Scribblenauts. Right now, they’re working with Telltale Games on a Batman series that comes out this year. Marvel also announced a Telltale Games partnership, but there’s little information on it.

But, the biggest reason is because Marvel is too afraid of loosening the vice grip on its brand. Ever since the first Iron Man film came out in 2008, Marvel has steadily built a collective brand around its main superhero titles. They’ve planned out the next several years of films, all the way through at least 2019. In the comic books realm, Secret Wars combined several, though not all, of Marvel’s different timelines into one cohesive package. Disney clearly has long-standing plans for this multibillion-dollar franchise. You could call it one of the most carefully managed media brands of all time.

The best solution would be to follow DC Comics’ example and put Marvel characters in high-quality games that don’t perfectly fit in with the Marvel Cinematic Universe.

Unfortunately, video games don’t really thrive in that kind of timeline. Games based on movies tend to be rushed, lazy and panned by critics and players alike. The Amazing Spider-Man 2, Marvel’s last known console game based on one of its characters, has an average score of 52/100 on Metacritic. Heck, it was until recently that DC Comics’ video games were able to break its way out of that tired mold. DC video games used to be mostly poorly received adaptations of their most popular films. After all, let’s not forget the slough of awful Batman games in the 1990s.

Once Warner Bros. took over video game production in 2009, the quality started to become more streamlined, and their most successful DC Comics games are ones that have almost nothing to do with the films. Injustice: Gods Among Us was a fighting game with its own original story. The Batman: Arkham series bears more resemblance to the original Batman: The Animated Series than it does The Dark Knight trilogy, even though the first game came out soon after the second film.

While it’s too soon to tell whether the two upcoming games will be more directly tied to the film franchise than previous games have been, it’s pretty smart to trust their track record will continue.

The best solution would be to follow DC Comics’ example and put Marvel characters in high-quality games that don’t perfectly fit in with the Marvel Cinematic Universe. That way, developers can breathe new life into characters and give audiences a chance to see them in fun and different ways. Plus, it gives fans something to return to over and over again. Video games aren’t like movies that you see once or twice, they’re hours of repeated play that keep fans engaged in the characters and the universe they live in.

Marvel has a clear gameplan for its behemoth franchise, but so long as it doesn’t include actual games, there will always be a battle they’re never going to win.