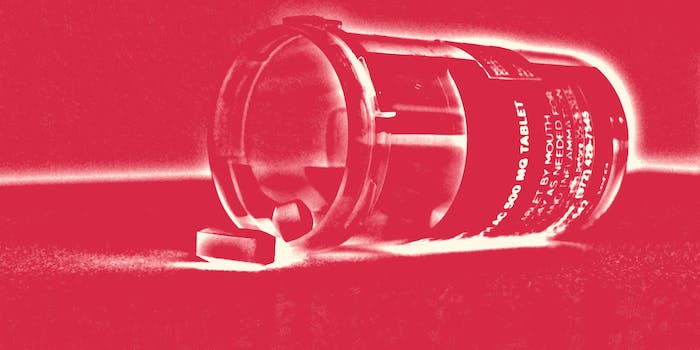 On World AIDS Day, we need to take a hard look at our broken prescription drug system.

Martin Shkreli is still the most-hated man on the Internet.

Earlier this year, the controversial CEO of Turing Pharmaceuticals earned the scorn of social media—he was even dubbed a “spoiled brat” by Donald Trump—after raising the cost of a crucial HIV drug by an alarming 5,000 percent. After the widespread criticism, Shkreli promised to lower the price of Daraprim—used to stave off parasitic infections—but recently reneged. Instead, the CEO plans to force insurers to foot the exorbitant $750 bill for the drug, which Mercury News reports will “[drive] up future treatment and insurance costs.”

Today marks the 27th anniversary of World AIDS Day, a yearly public health awareness campaign that hopes to advocate for treatment for the 35 million people living with HIV worldwide and fight for prevention. But Shkreli’s continued actions shine a spotlight on many of the structural issues that HIV positive people face—whether that’s being subject to unfair price gouging from pharmaceutical companies or other barriers to receiving affirming treatment that meets their needs. Although groundbreaking drugs like Truvada mean that HIV no longer has to be a death sentence, fighting for access to HIV drugs means battling a broken system.

If it’s difficult to afford HIV medication as it is, companies like Turing Pharmaceuticals aren’t making the prescription drug market any easier—whether that’s for HIV patients or anyone else. The United States pays some of the highest prescription drug prices in the world, and Reuters reports that “U.S. prices for the world’s 20 top-selling medicines are, on average, three times higher than in Britain.”

What Shkreli did was disgusting and immoral, but what’s truly sad is how common it is for prescription drug companies to jack up the cost of medications—especially when customers lack a viable alternative.

What Shkreli did was disgusting and immoral, but what’s truly sad is how common it is for prescription drug companies to jack up the cost of medications—especially when customers lack a viable alternative. The New York Times explains that Turing, who raised the price of Daraprim after acquiring it in August, was actually following a common practice among drug companies—“a business strategy of buying old neglected drugs and turning them into high-priced ‘specialty drugs.’” The tuberculosis drug Cycloserine was subject to the same price hike earlier this year.

If these drug price wars are a problem for all Americans seeking proper medication, HIV patients are particularly vulnerable to increased costs. If statistics from the Centers for Disease Control show that people living with HIV are twice as likely to be impoverished, those economic realities are an enduring barrier to treatment. In low-income neighborhoods, ArsTechnica’s Roheeni Saxena reports that many HIV patients sell their medication to earn extra income. According to a 2015 study, this was the case for nearly half of HIV-positive respondents living at or below the poverty line.

Those living with HIV are often forced to make these impossible choices between seeking treatment and their day-to-day survival. Although the Affordable Care Act made health insurance more attainable for millions of Americans, many HIV-positive folks still can’t afford it. “In 2010, the government estimated that less than 17 percent of Americans living with HIV have private insurance,” Sarah Childress of PBS Frontline reported. “Nearly 30 percent have no coverage at all.”

This is likely why estimates from ViiV Healthcare suggest nearly two-thirds of that population are neglecting to take life-saving drugs that would allow them to “live longer, healthier lives and reduce the chance of passing the disease on to a partner.” Organizations like UNAIDS have made it their goal to provide treatment to 81 percent of HIV sufferers worldwide by 2020, but they face an uphill battle in doing so.

To do so, politicians like Sen. Bernie Sanders (I-Vt.) and former Secretary of State Hillary Clinton—who are currently running for the Democratic presidential nomination—argue that it’s crucial for government programs like Medicare to alleviate the burden to consumers. CNN reports that following Medicare reform in 2oo3, “lawmakers banned the agency from negotiating with drug companies as a concession to the pharmaceutical industry.” But Clinton and Sanders believe that the government could do what insurers often cannot—by keeping costs low.

If estimates suggest that federal involvement could decrease costs by $16 billion a year, it’s time to admit that allowing the free market—and CEOs like Martin Shkreli—to dictate drug prices will continue to put the most vulnerable populations at risk for future hikes. As David Evans of the Fair Pricing Coalition explained in an interview, “we don’t have any national price control in the U.S. That means that there’s no cap on drug prices.” Instituting those controls for those seeking life-saving medications will be necessary to provide the protections HIV patients need in the future.

Nico Lang is a Meryl Streep enthusiast, critic, and essayist. You can read his work on Salon, Rolling Stone, and the Guardian. He’s also the author of The Young People Who Traverse Dimensions and the co-editor of the bestselling BOYSanthology series.

Photo via Charles Williams/Flickr (CC BY 2.0) | Remix by Jason Reed