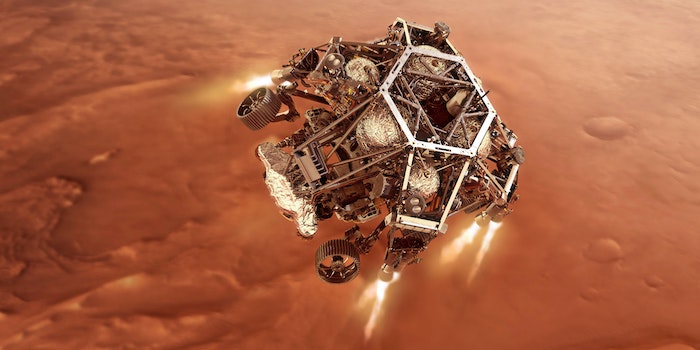 It's a perfect setup.

On Thursday, the world watched as NASA live-streamed the Perseverance rover touching down on Mars. The landing was a success, resulting in viewers and NASA scientists cheering together, but Perseverance’s first photos from the ground also became a prime foundation for memes and Photoshops.